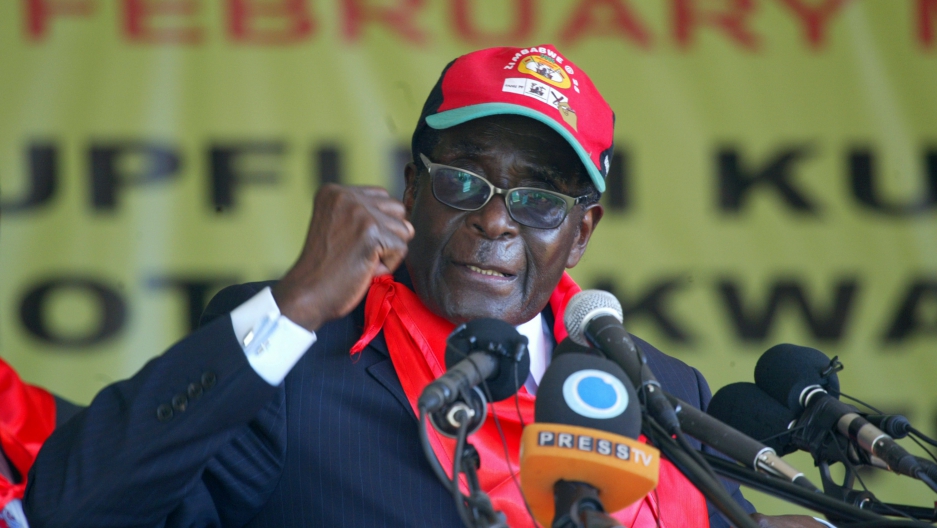 No one lives forever, and few live beyond 88.

That's why there is so much speculation about the health of Zimbabwean President Robert Mugabe.

Over the years there have been so many rumors about Robert Mugabe's ill health and impending death that journalists in Harare have become used to urgent phone calls from their editors who claim they have it on good authority that Mugabe has died or is on his deathbed. They clamor for a story of the dictator's demise.

I've received many of those phone calls myself and have made many late night calls to hospitals, doctors, members of Mugabe's cabinet and his Zanu-PF party, trying to get confirmation or denial of the reports of his death.

And then Mugabe shows up jaunty and outspoken, dashing the reports ... until the next set of rumors surface.

More from GlobalPost: Mugabe asked to be UN 'tourism leader'

This weekend there have been a new spate of reports about Mugabe's impending death. These say that Mugabe is fighting for his life in a hospital in Singapore.

The reports are thinly sourced and reported by Australian papers and broadscasters. They say that Mugabe has missed the weekly cabinet meeting and will miss another this Tuesday. The Zimbabwe Mail reports that an ailing Mugabe will return to Harare on Wednesday.

Mugabe, 88, has officially been in Singapore since March 30 to deal with arrangements for his daughter Bona's postgraduate studies.

The president's spokesman, George Charamba, issued a statement saying the Tuesday cabinet meeting had been moved to Thursday.

But the rumors of his ill health grow.

Speculation around Mugabe's health increased after WikiLeaks last year released a cable from 2008 in which the US ambassador to Harare said the president has prostate cancer which has spread to other organs. But US diplomats regularly complain that they do not have access to Mugabe or to those close to him. So would the ambassador really know?

Related: At 88 Robert Mugabe is "fit as a fiddle" (PHOTOS)

Certainly in recent public appearances Mugabe appears in feisty fettel. Several people who have met him recently, including the Archbishop of Canterbury, Rowan Williams, have remarked on his apparent good health. He appeared energetic and enthusiastic at several appearances on his birthday on Feb. 22.

It is widely reported that Mugabe is getting regular medical treatments for prostate cancer in Malaysia and Singapore and he spent part of his annual leave in those countries in December and January.

I remember when everyone was convinced that he suffered from inoperable throat cancer, when actually he was hoarse from a series of speaking engagements.

Although the most recent reports are intriguing — and many, including me, will be watching them closely — it is telling that so far the major international media in Zimbabwe, including the BBC, CNN, Aljazeera and most of the British newspapers, have steered clear of this latest rumor. They are being very cautious. So am I.