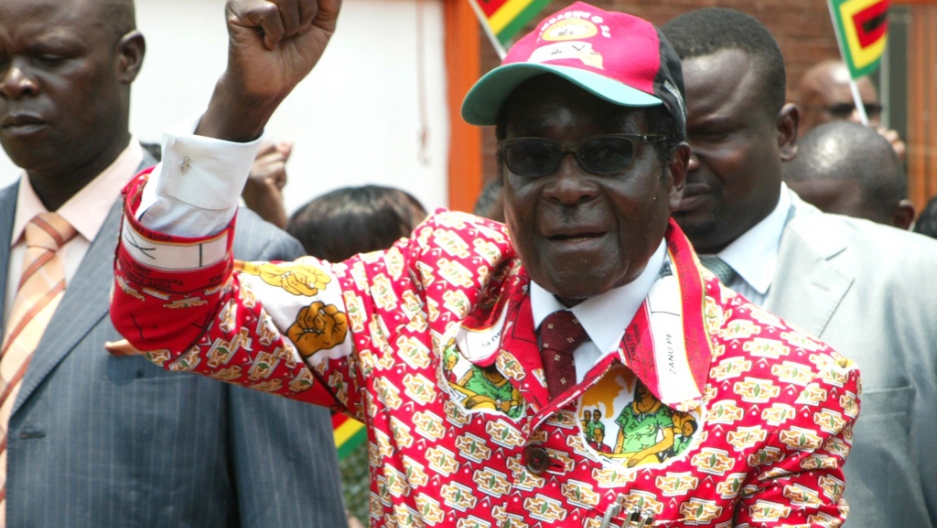 Reports that Zimbabwe's 88-year-old President Robert Mugabe is on his deathbed are "hogwash," according to top Zimbabwean officials who said the ruler is in good health and will return from a private holiday in Singpore and Hong Kong on Wednesday.

Of course the rumors will not die out completely until Mugabe arrives at Harare International Airport and is seen waving and giving his hallmark fist shake.

This will give Mugabe the opportunity to say he is in good health and assert that he has been resurected more times that Jesus. This is a joke that Mugabe has made a few times before when he has proved wrong reports of his impending death.

Mugabe is scheduled to chair a cabinet meeting Thursday.

Related: Rumors fly that Mugabe is on his deathbed

“It’s a lot of hogwash,” said Information Minister Webster Shamu, according to AFP. “This is not the first time we have heard these rumors. If anything like that had happened we would have issued a statement.”

NewsDay also wrote that the dictator's nephew, Leo Mugabe, refuted the reports: “There is nothing like that. I don’t know where those people are getting it from, but I think it’s the international media that is misinterpreting reports by prophets. I was called by people including some in South Africa on that issue, but there is nothing like that.”

Rumors of Mugabe's ill health are frequent, which is to be expected because he is 88 years old and runs a regime that is inaccessible and has a tightly-controlled state media. That is why many, including me, were skeptical about this latest report.

Mugabe may well be in good health, but Zimbabwe is not. It still suffers from serious economic and political problems. Ordinary Zimbabweans are struggling with high unemployment and high malnutrition rates.

A lot of work is needed, by Mugabe and many others, to return Zimbabwe's economy to prosperity and restore its democracy.

More from GlobalPost: North Korea showed Mugabe how to party