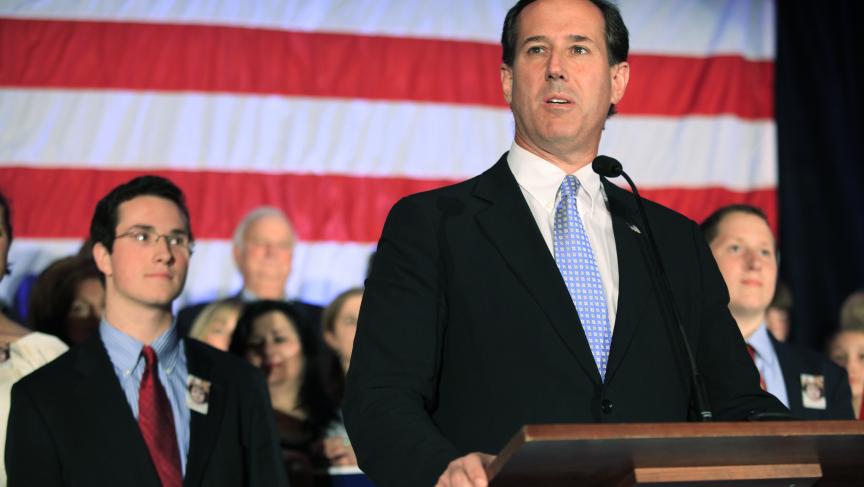 Rick Santorum's campaign to be the Republican nominee for president of the United States has come to an end, for all intents and purposes.

Officially, the campaign is suspended, which allows him to keep raising money, but unofficially this should be the announcement that puts Mitt Romney in the Republican driver's seat — on course to meet President Barack Obama in the November election, barring some sort of disaster.

“We made a decision over the weekend, that while this presidential race for us is over, for me, and we will suspend our campaign today, we are not done fighting,” Santorum said at a press event in his home state of Pennsylvania.

According to CNN, Santorum spoke with Romney before making his announcement. While Santorum didn't endorse Romney, the two are expected to meet soon and an announcement could be forth-coming.

“Senator Santorum is an able and worthy competitor, and I congratulate him on the campaign he ran," Romney said in a statement released by his campaign. "He has proven himself to be an important voice in our party and in the nation."

While this all but assures Romney the nomination, Newt Gingrich and Ron Paul remain in the race — and neither gave any indication they would drop out of the race before this summer's GOP national convention.

“I am committed to staying in this race all the way to Tampa so that the conservative movement has a real choice," Gingrich said.

Santorum ran a campaign that through December looked like a mere formality — drawing small crowds and little attention. But after winning the Iowa Caucuses, Santorum caught fire and survived many of the better-known Republican candidates who were also in the race. He was the last Republican standing, really, between Romney and the nomination. His departure from the race will allow the party and Romney to shift their focus to Obama and the Democrats, rather than each other.

Santorum's stepping aside should position him to be among the leading Republican presidential candidates either in 2016, should Romney lose, or 2020, if Romney wins and runs for a second term in 2016, as would be expected.