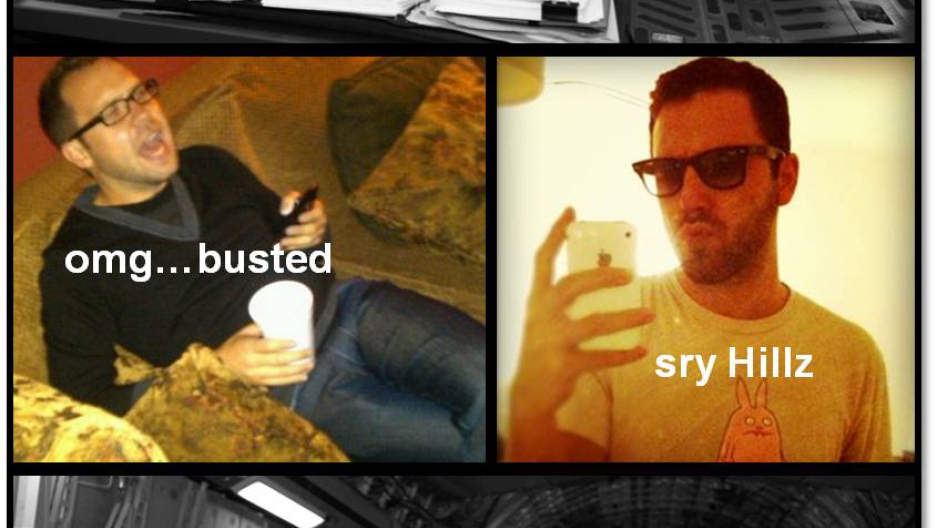 Hillary Clinton provided this submission to the Tumblr blog Texts From Hillary — a website that imagines what sort of texts the secretary of state would send. It's based on a Reuters photo. (Photo courtesy of textsfromhillaryclinton.tumblr.com.)

In recent days the Tumblr blog Texts From Hillary has made waves for its satirical, imaginative rendering of what text messages from U.S. Secretary of State Hillary Clinton would look like.

The meme got started with a single photo, taken by a photographer from Reuters, of Clinton in sunglasses aboard a military C-17 plane travelling from Malta to Tripoli, Libya, cell phone in hand. The texts imagine a conversation between Clinton and other politicians and stars. In one, for example, a photo of President Barack Obama and Vice President Obama says "She's going to love the new Justin Bieber video!" to which Clinton responds "Back to work boys."

In another, a photo of Mark Zuckerberg walking with his phone says "Guess what I bought!" — a reference to Facebook's $1 billion purchase on Instagram. Clinton's image says "A shirt with a big boy collar?" Zuckerberg is known for wearing T-shirts on most occasions.

Smith and Lambe said Clinton's PR team reached out to them on Monday about posting their own message. The pair met Clinton on Tuesday.

Rumors have been swirling that Clinton will mount a presidential campaign in 2016 — and the Tumblr has provided the sort of free publicity — as a no-nonsense leader keeping the world in line — that a campaign can only dream of.

Incidentally, according to what Smith and Lambe told the media blog Mashable, Clinton was partial to the submission imagining a conversation between her and Ryan Gosling.