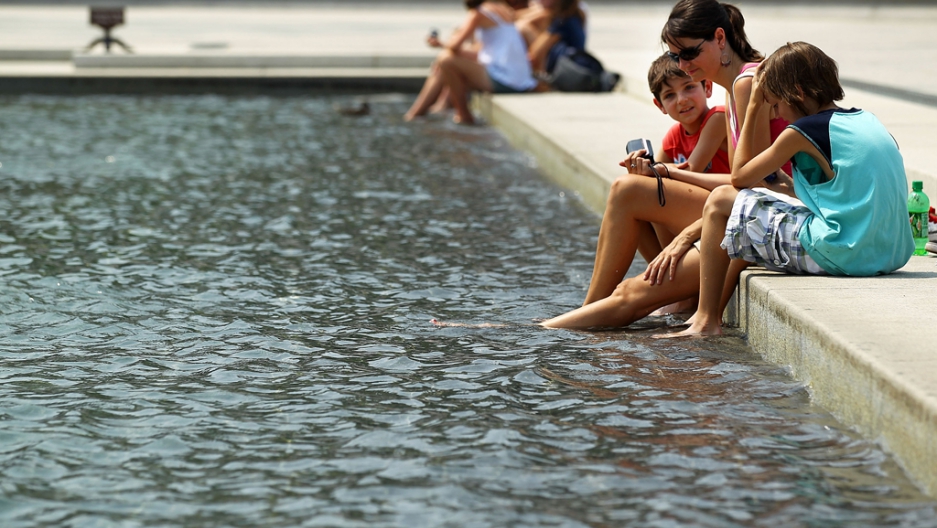 Much of the US experienced record temperature highs in March, making it the country's warmest March on record.
Credit: Alex Wong
Share

LOS ANGELES — The United States had its hottest March ever, according to the National Oceanic and Atmospheric Administration's (NOAA) March 2012 National Overview.

15,292 warm temperature records were broken across the country, including 7,755 record highs and 7,517 record high overnight lows, according to the overview.

"That's tremendously excessive. The scope and the scale of warmth was really unprecedented," Chris Vaccaro, spokesperson for NOAA, told CNN.

All 50 states experienced at least one record-high daily temperature last month, and 25 states east of the Rockies had their warmest March on record, msnbc.com reported.

More from GlobalPost: Heat wave across the US setting record highs (VIDEO)

Several major US cities, including Atlanta, Chicago, Detroit, Indianapolis, Minneapolis, Nashville, Pittsburgh, St. Louis, Tampa and Washington, had their warmest March since records started being kept, USA Today reported. However, not all states basked in the warmth: March was cooler-than-average in Washington, Oregon, and California, according to USA Today, and Alaska had its 10th-coolest March on record.

According to Jake Crouch, a NOAA climate scientist who authored the report, the cyclical weather pattern La Nina, which has been weakening but is still present, as well as changes in Arctic and Atlantic weather patterns that in the previous two winters had actually helped set cold records, are at least partially responsible for the extreme temperatures.

"There are a lot of factors and it's hard to pinpoint one particular thing," Crouch told msnbc.com, "but this is the kind of thing we'd expect with climate change."

The warm temperatures also caused weather conditions conducive to severe thunderstorms and tornadoes, CNN reported. In March, there were 223 preliminary tornado reports, more than double the month's average of 80 tornadoes, according to NOAA's Storm Prediction Center.

The unusual tornado outbreak caused 40 deaths and $1.5 billion in losses, according to CNN.

Forecasters predicted April could be another unseasonably warm month, though temperatures are likely to fluctuate in a more seasonal pattern in the first half of April, Reuters reported.