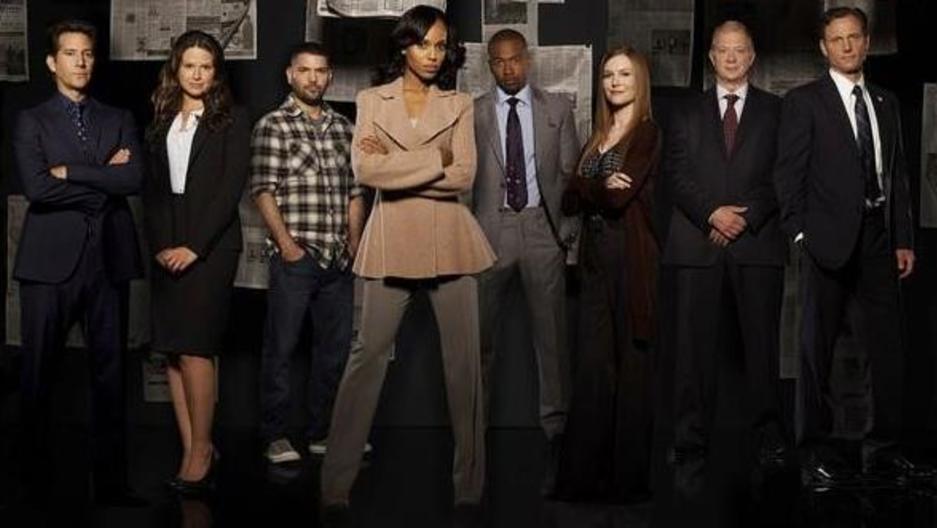 Kerry Washington stars in the new ABC series Scandal. She discusses how her growing up helped her prepare for the role. (Photo courtesy of Scandal/ABC.)

Over the last decade, Kerry Washington has became well-known for terrific performances in movies like The Last King of Scotland and Ray.

She’s now the star of her own new network series, which even today is a rare feat for an African-American actress.

In Scandal, Washington plays Olivia Pope, a D.C. lawyer-fixer who disappears the problems of her VIP clients. The character is based on Judy Smith, who served in the first Bush White House and whose private clients included Monica Lewinsky, Michael Vick and Idaho Senator Larry Craig.

Pope is a ‘good guy’ — at least her ends are usually good; she is loyal to her clients. Her means will raise your hackles.

"Seldom in life is the good guy all good and the bad guy all bad. And I think one of the things that Olivia is committed to is that everyone deserves a shot," Washington said.

Washington likes playing a character who "has one performance that they show to the world, and a very different identity behind closed doors."

That sort of malleability comes naturally to Washington. Raised in the Bronx at a time when the borough was known for violence and poverty, Washington grew up middle class and went to an elite private school in Manhattan.

"From a very young age," she explained, "I had to start navigating the difference between what my community looked like at seven in the morning and seven at night. And I had parents that really encouraged me to feel at home in both places and to learn how to be kind of bicultural."

When Washington filmed The Last King of Scotland, as the wife of Forest Whitaker’s Idi Amin, she traveled to Africa for the first time.

"There's this very complicated negotiation you have as an African-American going back," she said. "Even the fact that I would say 'going back.' I think I was always very intimidated navigating what that would be like for me, so I had never been."

But studying the local accent and customs for the role, "gave me a real freedom to just embrace this culture and identity."

Bonus: Kerry Washington explains why she decided to go racy for a photo shoot in Details.