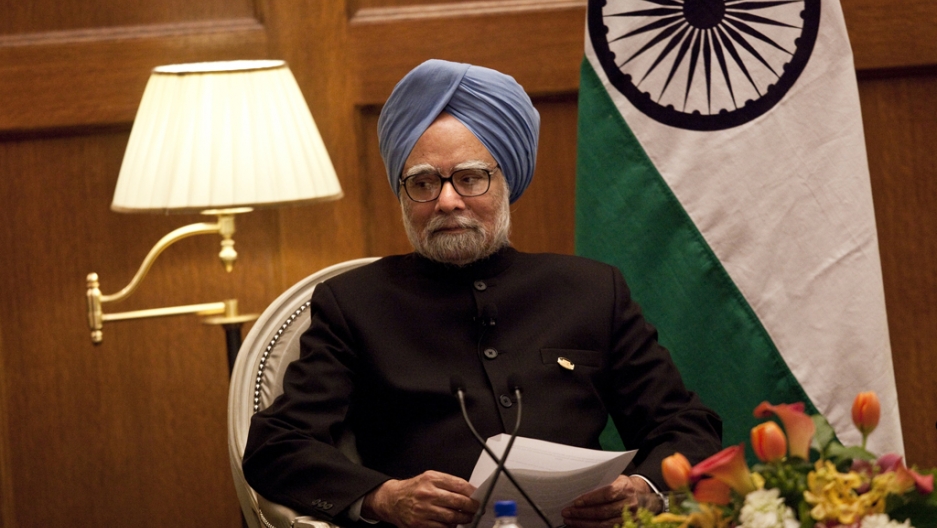 NEW DELHI, India — When it comes to dating, everybody knows what lunch means. In international relations? Not so much.

Indian Prime Minister Manmohan Singh may be about to learn the hard way.

Not long ago, Singh was roundly criticized at home for his seemingly vain hopes that peace with Pakistan would be part of his legacy. Fast forward to this weekend, when Pakistan President Asif Ali Zardari will meet the Indian prime minister for an informal lunch in New Delhi.

It may sound auspicious. After all, it will be the first visit of a Pakistani president in seven long years. And a lull in terrorist incidents and downturn in “infiltration” from across the border in Kashmir have mostly silenced the critics of Singh's dogged commitment to the fruitless peace process.

But let's take a look at how this lunch came about:

The peacenik Indian PM said publicly in March that he will not visit Pakistan until there are substantial offers on the table from Islamabad.

Since the disastrous November 2008 terrorist attacks in Mumbai, which India says it has proof were accomplished with the knowledge and aid of Pakistan's Inter-Services Intelligence (ISI), Singh has rubbed shoulders with both Zardari and Pakistani Prime Minister Yousaf Raza Gilani on the sidelines of various international summits.

Meanwhile, Pakistan has done nothing but stonewall efforts to bring the perpetrators of the attacks to justice.

Singh didn't exactly invite Zardari to India, either. Rather, Zardari then proposed a private visit for himself and his family to the Ajmer Sharif shrine to the Sufi saint Moinuddin Chishti, in Rajasthan, effectively forcing Singh to welcome him with open arms.

“Zardari has created this option for himself, and purely diplomatically speaking it was consistent with the PM's thinking that the president's visit was not ignored,” said Kanwal Sibal, India's former foreign secretary. “Therefore he was offered this lunch in Delhi.”

Zardari will visit India with a 40-member delegation that includes his friends and family, as well as Pakistan's interior minister, Rehman Malik.

Singh will have a brief one-on-one meeting with the Paksitani president before lunch at his residence on Sunday, where the leaders will discuss “all issues of mutual interest,” and then Zardari and his entourage will proceed to the shrine.

As for any lunch date, expectations are relatively low.

Though Zardari is friendly enough toward India, Pakistan's army chiefs are the nation's real policymakers, and Zardari lacks the muscle or the popular support needed to influence them.

Meanwhile, with less than two years left until the next election and zero chance of a third term, Singh is a lame duck. Over the course of his eight years in power, he hasn't made much headway in warming ties with his troublesome neighbor.

“Manmohan Singh, like most other Indian prime ministers, has made making peace with Pakistan a part of his legacy,” said G. Parthasarathy, a former Indian ambassador to Pakistan. “But all of them have come a cropper,” he added, meaning nothing much has come from such efforts.

And little has changed across the border since the low point of Singh's quest for peace, when he met with Prime Minister Yusuf Raza Gilani in Sharm el Sheikh in July 2009, hardly six months after the Mumbai attacks.

After that meeting, in a disastrously worded joint statement from India's point of view, Singh allowed a reference to Pakistani “information” about India's alleged fomenting of rebellion in Baluchistan to stand alongside the smoking-gun evidence provided by the capture of Mohammad Ajmal Qasab — the sole surviving perpetrator of the Mumbai attacks.

So, effectively, he went from hammering Pakistan for its failure to go after the Mumbai conspirators to accepting allegations that India was also supporting terrorists operating on Pakistani soil. Then, completing the rout, he agreed to delink further peace talks from any further action from Pakistan on terrorism.

Of course, later India claimed that the statement didn't mean what it seemed to mean. But has Pakistan taken any action? Are peace talks underway again? Are Singh and Zardari sitting down to lunch?

More from GlobalPost: The hunger strike you've never heard of

As far as his dreams for his legacy are concerned, the best the Indian PM can say is that nobody is calling him delusional anymore.

Most expect that the largest measure to emerge from his lunch date will be a rhetorical greenlight to relax the visa procedures for travel between the two countries.

“I do not expect many concrete steps to emerge from this initial meeting,” said Sumit Ganguly, a professor of political science at Indiana University. “This is merely an effort to pick up the threads of a conversation that fell apart a long time ago.”

Nevertheless, some believe that the Indian and Pakistani leaders' mutual weaknesses might just give the two unlikely statesmen a shared strength: the boldness that comes when you have nothing to lose.

Because the slapped-together lunch is not an official visit, Singh and Zardari aren't under pressure to produce “ringing joint declarations,” political analyst Raja Mohan writes in the Indian Express.

But Singh's vow not to return the visit until there's something substantial on the table could pave the way for agreements on allowing cross-border petroleum trade, extending an oil pipeline from the Indian state of Punjab to its counterpart on the Pakistani side, connecting the two countries' electricity grids and lifting restrictions on cross border banking and investments.

Moreover, once those deals are on the table, the brevity of Singh's remaining tenure, and his vow not to visit Islamabad without something to show for it, could act as a deadline for actually making them happen, Mohan argues.

On the Pakistani side, political analyst Najam Sethi, editor-in-chief of the Lahore-based Friday Times, reportedly claimed on his television talk show Tuesday that Zardari may announce major trade concessions and urge Singh to agree to the withdrawal of the two countries' armies from Kashmir's Siachen Glacier.

Headway on bilateral trade could be a useful starting point. Already, Pakistan has agreed to liberalize its trade policy dramatically — changing from a list of a handful of items that can be imported from India from a list of banned items. The next step might be following through on granting India “most favored nation” status, for what it's worth.

“I refuse to believe that bilateral trade can be a solvent to the fundamental political problems that have so long dogged Indo-Pakistani relations,” said Ganguly.

In other words, don't hold your breath waiting for the troops to pull back, and don't expect any progress on terrorism — despite the supposed pressure on Pakistan resulting from the US announcement of a $10 million bounty for the arrest of Hafiz Saeed, the alleged head of Lashkar-e-Taiba and purportedly the mastermind of the 2008 Mumbai attacks.

“Obviously the [Pakistan] government is in no position to act against terrorists,” said Parthasarathy. “The terrorist infrastructure has been strengthened. Lashkar-e-Taiba is now part of a group of 39-odd extremist groups called the Defense of Pakistan Council and every morning they're ranting and raving about India, the US and Israel.”

And that begs the question: What's the point of peace talks when one side doesn't have the power to stop attacking the other?