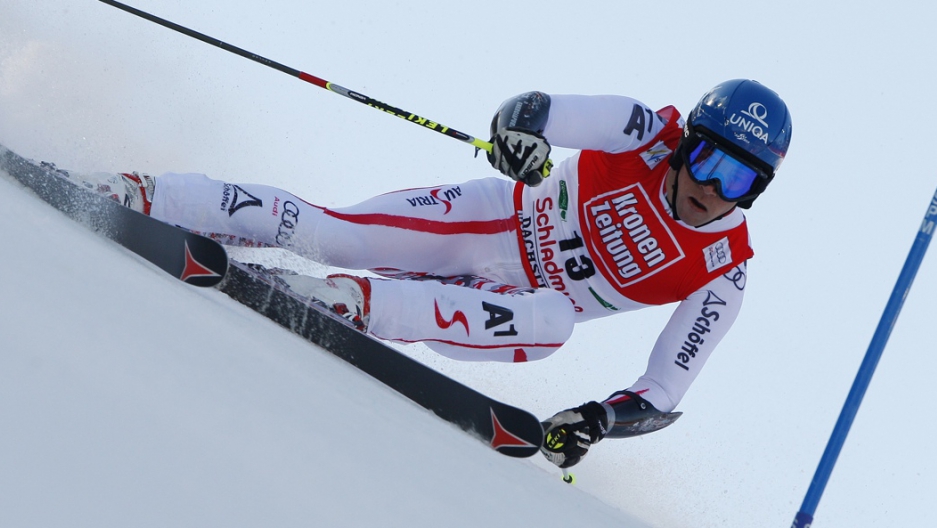 A solar-powered charger for smartphones and MP3-players — coming soon to a helmet near you.
Credit: Alexis Boichard/Agence Zoom
Share

BERLIN, Germany — The thought of skiers whizzing down the slope chatting on their cell phone or listening to their iPod sounds a little scary.

But now there's a new ski helmet that will help you keep in touch on the go.

The Fraunhofer Institute in Berlin has come up with a way of allowing skiers to use their MP3 players and smartphones without having to worry about how to keep them charged.

In cooperation with partners TEXSYS and the Technical University in Berlin, they have invented a solar helmet that harnesses the rays of the sun to power these now-essential gadgets.

Their helmet has a revolutionary curved solar cell on its top surface and incorporates a headphone and microphone, which can be linked wirelessly to portable devices.

The engineers have gone even further, developing an integrated communications module, which can be controlled by a unit built into a ski glove.

The large OLED (organic LED light) display and simple buttons allow users to adjust volume, for example, or take incoming calls, without having to take off the glove in freezing temperatures.

Enabling skiers who can’t quit their gadgets might seem frivolous. But the design could be used for more serious purposes.

Explorers on snow-capped mountains could use it to find their exact location via smartphone GPS. It could also be deployed by mountain-rescue teams.

And the cells could be fitted into other types of helmets, for example, those worn by motorcyclists or fire fighters, said Robert Hahn, who led the team that that developed the new technology.

Hahn says the main challenge in creating the solar helmet was coming up with a 3D design for the domed helmet. “Normally solar cells are made of very flat, rigid and brittle material,” Hahn told GlobalPost. “So you could only use them on very small surfaces.”

The researchers hit upon a new method for creating more flexible shapes, by packing tiny individual chips, which could then be formed into 3D shapes. According to Hahn, the resulting cells are extremely robust, and can be adapted to any curved surface.

And if the temperature were to become even more extreme, the system can still draw power directly from the solar cells.

It even works when it’s cloudy. “This big solar cell produces a lot of energy,” Hahn explains. “When the sun shines directly on it, it has more energy than all these applications require. So if it’s cloudy or snows, it still functions well.”

That means that on sunny days, once the skiing is done, there is so much energy left in the helmet that it can still be used to charge phones and MP3 players back home.

The Fraunhofer Institute and its partners have already come up with a prototype and plan to release the first commercial product by the end of the year.

It won’t be cheap, with the first helmets expected to retail at around 300 euros ($400). But you can’t put a price on a charged-up phone.