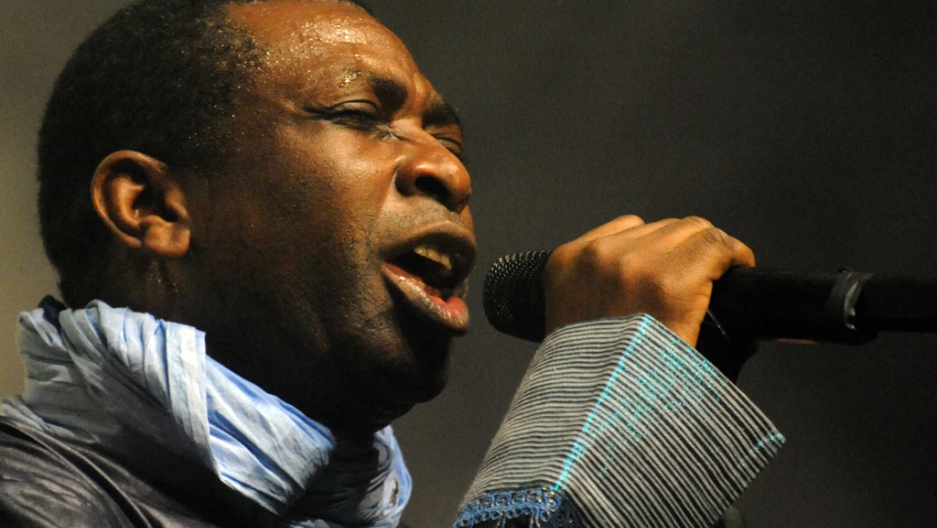 Senegalese singer Youssou N'Dour has announced he will quit music to become a full-time politician in Senegal. Here he performs on February 28, 2010 during the 4th Dakhla Festival in the Western Saharan city of Dakhla in Morocco.
Credit: Abdelhak Senna
Share

Mali is reeling from sanctions over its coup.

Malawi President Bingu wa Mutharika is reportedly in a coma from a heart attack.

How about some good news from Africa?

Senegal is already celebrating the victory of its democracy with the swearing in earlier this week of Macky Sall, the newly elected president. In fact N'Dour performed at a concert to mark Sall's victory.

The appointment of N'Dour — a Grammy-Award-winning artist best known for his hit "Seven Seconds," and his singing with Peter Gabriel on "In Your Eyes" — adds to Senegal's feelgood factor.

In recent years N'Dour has branched out from singing to become a media magnate in Senegal, owning radio stations and other businesses.

Last year he said he would stop singing in order to concentrate on politics. N'Dour had been a supporter of former president Abdoulaye Wade, but he became a critic when Wade decided to seek a third term. N'Dour decided to run against Wade, but he was disqualified from running from president, by a court decision that said his nomination papers lacked enough valid signatures. So N'Dour threw his support behind opposition candidate Sall.

It will be interesting to see if N'Dour can carry his talent for great music over to being a good culture minister.