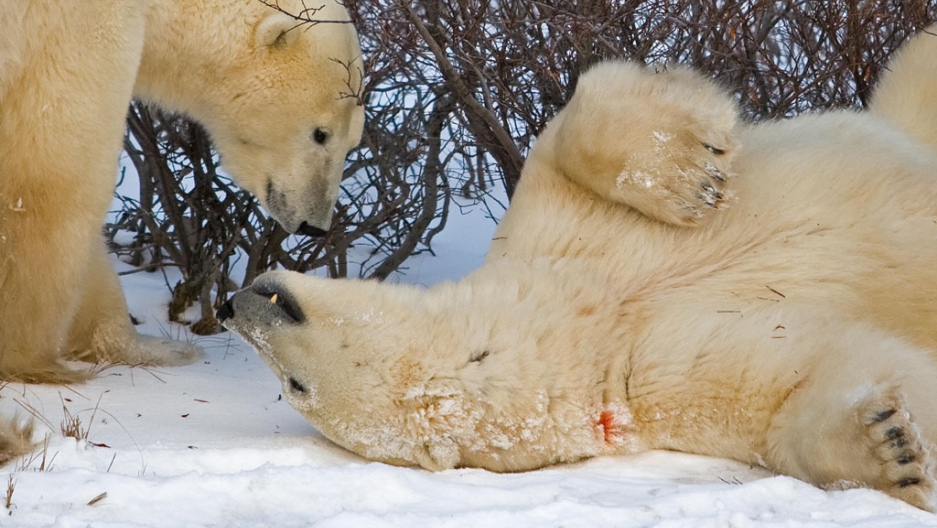 However, experienced polar bear researchers are already calling the data into question.

An aerial survey of western areas of Hudson Bay showed more than 1,000 animals, or about 66 percent more than previous estimates, said Drikus Gissing, director of wildlife management for the territorial Government of Nunavut.

“We have the information that suggests that the population is at best stable, and not in decline as predicted,” he said. “It’s a viable population.”

Surveyors and Nunavut hunters used airplanes and helicopters to measure about 5,000 miles of coastline last August.

A 2004 survey found 935 bears, a decline of 159 from a decade before. Scientists then predicted that if climate change continued, the polar bear population around Hudson Bay would dip to about 600.

At least one longtime polar bear researcher has serious questions about the new data, The Globe and Mail said.

Andrew Derocher, a science professor at University of Alberta in Edmonton, took issue with how the Nunavut study arrived at its final number.

He said the conclusion is based on a range of measurement – from 717 bears to 1,430, and all evidence points to 1,430 bears being extremely unlikely.

“It’s premature to draw many conclusions,” he told the Globe.

He also pointed to the number of young bears. The study counted 72 bears younger than 2 years old, not nearly enough for a healthy future, Derocher said.

“This is a clear indication that this population is not sustaining itself in any way, shape, or form,” he said.

Traditional Nunavut hunters have long provided anecdotal evidence that there are more bears, and campaigned for greater hunting quotas.

Government research is one method used to set hunting limits, which will be released in June.

Last year, the quota for polar bears in the western area of Hudson Bay was eight.

More from GlobalPost: Is Myanmar ready for business?