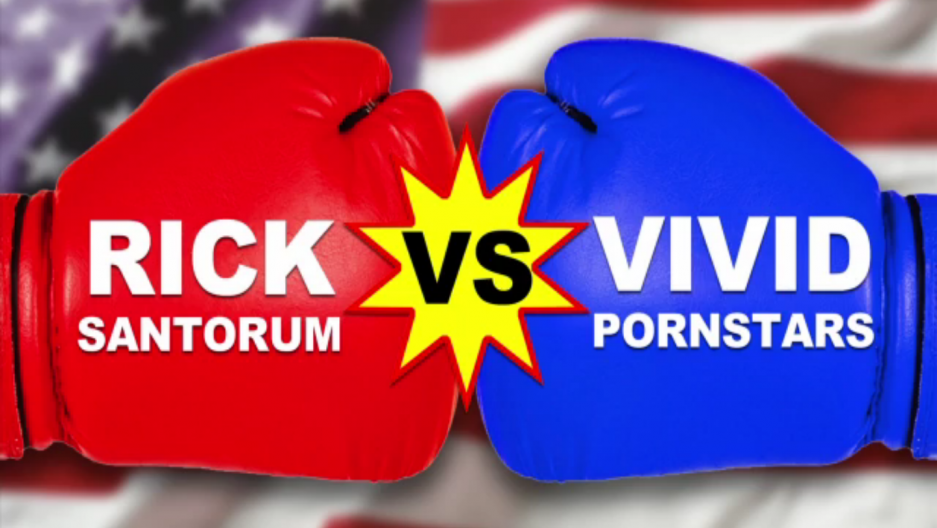 In March, Santorum declared war on pornography on his website, where he called it "toxic to marriage and conservatives" and a "pandemic." His site says  "It contributes to misogyny and violence against women. It is a contributing factor to prostitution and sex trafficking."

"It's ridiculous," Steven Hirsch, founder of Vivid Entertainment, told the New York Daily News. "I find it ironic that [Republicans] are about less government until it comes to issues like pornography when they want more government. This will never work," he said.

"If elected, Santorum has vowed to prosecute our industry on infrequently-enforced obsecenity laws," said Chastity Lynn, a star in the film "BJs in PJs."

"Great idea starting a war with the internet. How did that work out for you last time?" asked Allie Haze, of "Pound the Round POV 5."

"Santorum, it's the long game," she said.