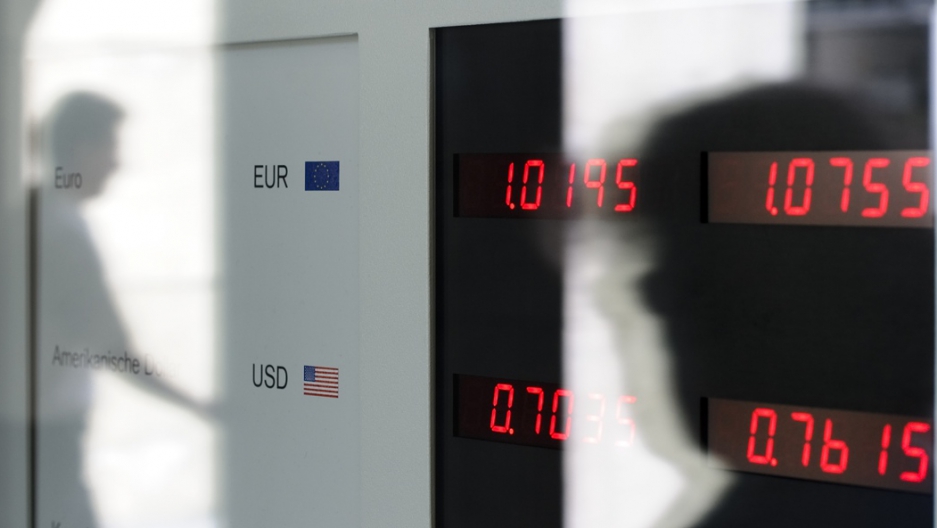 BERLIN, Germany — An ugly spat has broken out that could scupper a tax agreement between Switzerland and Germany.

Germany’s center-left opposition is in uproar over the news that the Swiss authorities have issued arrest warrants for three German tax officials, on suspicion of economic espionage.

The revelation couldn’t have been more poorly timed, coming just as Germany and Switzerland are trying to push through an agreement on tackling tax evasion.

The German opposition — the Social Democrats and Greens — had already been critical of a deal it saw as too soft on tax dodgers and Swiss banking secrecy. Now the parties are threatening to block ratification of the agreement.

Chancellor Angela Merkel’s center-right coalition needs the backing of the opposition to push through the agreement in the Bundesrat, the upper house of parliament, for it to come into effect on Jan. 1, 2013.

Her government argues that the tax deal would solve any remaining legal discrepancies between the countries. However, with just over a month to go until two important regional elections, the opposition sees an opportunity to defend the ordinary taxpayer against wealthy tax cheats.

Under the agreement, hammered out last August, Switzerland would impose the German tax rate on money held in accounts by German clients. In addition, previously undeclared assets will be subject to a one-off retroactive levy, allowing those who had stashed their money in Switzerland to avoid punishment.

Following criticism that it was too lenient, a revised version of the deal was signed by both countries on Thursday, which increased that payment to between 21 and 41 percent of the value of the Swiss-held assets, rather than the 19 to 34 percent range that had initially been agreed upon. The identity of the account holders will remain confidential, thus preserving Swiss banking secrecy.

Yet, even the harsher penalties are unlikely to win over the opposition. The SPD leader Sigmar Gabriel had already complained that not only is the deal an amnesty for tax cheats, but it also will achieve little, as people can simply move their money out of Switzerland before the agreement comes into force.

Gabriel suggested that Germany should instead be investigating Swiss banks for aiding German citizens with tax evasion. “The assistance of foreign banks in tax evasion has to finally be systematically examined,“ he told Bild newspaper, in comments published on Thursday.

The deal’s adoption was further jeopardized by the arrest warrants issued by the Swiss public prosecutors for three tax officials from the state of North Rhine-Westphalia. Over the weekend it emerged that on March 20, the Swiss made a formal request to the German Justice Ministry for legal assistance on the matter.

The warrants relate to the purchase of a compact disc of files that an anonymous whistleblower offered tax authorities in the state of North Rhine-Westphalia in 2010. The authorities there paid 2.5 million euros ($3.3 million) for the disc, which contained information about around 100,000 accounts with Credit Suisse.

The state prosecutor’s office in North Rhine-Westphalia raided the bank’s branches in 13 cities as part of the probe in 2010. They also carried out an investigation into employees at Credit Suisse on suspicion of aiding tax evasion, which resulted in an out-of-court settlement worth 150 million euros.

The German investigation provoked animosity between the neighboring countries.

Whereas in Germany there has long been criticism that Swiss banks were making money from German tax dodgers, the Swiss have been outraged by the theft of sensitive bank data.

Any violation of banking secrecy is a criminal offense in Switzerland. The Swiss prosecutors now accuse the three tax officials not only of paying for the information but actually commissioning the theft.

The use of stolen data has proved controversial in both Switzerland and Germany. In November, 2010 the German Constitutional Court finally ruled that investigations into tax evasion could use illegally procured information.

The court ruling was in relation to another instance of tax officials availing of information obtained by dubious means.

In 2007 the German foreign intelligence agency paid a thief around 5 million euros for stolen data about tax evasion by German citizens with bank accounts in the tiny principality of Liechtenstein.

Tax officials then carried out a number of raids based on that information. The most high-profile tax dodger to be exposed was Klaus Zumwinkel, then CEO of Deutsche Post. He had to pay 3.9 million euros in back taxes and was given a two year suspended sentence.

All in all the 5 million euro investment paid off handsomely, with the tax authorities raking in close to 180 million euros in back taxes by the end of 2009.
Furthermore, the zealous pursuit of tax evaders prompted thousands of Germans to declare their financial situation in order to avoid prosecution.

Nevertheless, billions remain out of reach of the tax inspectors. There is estimated to be between 130 to 180 billion euros worth of untaxed German money squirreled away in Swiss bank accounts.

German Finance Minister Wolfgang Schaeuble has said the new deal with Switzerland would help tackle this type of tax evasion.

“With this agreement we’ve come up with a good way to take care of a decades-long grievance” he said in a German TV interview earlier this week. “There won’t be any problems in the future once this agreement takes effect. Switzerland won’t be a cover for tax evasion anymore.”

After the opposition lashed out at Schaeuble for not condemning the Swiss arrest warrants, he expressed sympathy for the three officials at the center of the row. “It’s an extraordinarily unpleasant situation for the civil servants, because they are victims of different penal codes in Switzerland and Germany.”

Hannelore Kraft, the SPD premier of the North Rhine-Westphalia, went further, describing the issuing of arrest warrants as a “monstrous step.” She said she objected to state employees being treated like criminals.

“The real criminals are not our tax inspectors, but those in Germany who exploit the condition in Germany to accumulate massive profits, then disappear into the dust and leave the payments to the honest tax payers,” the state’s Finance Minister Norbert Walter-Borjans said this week.

A leading member of the SPD, Thomas Opperman, called on the government to take action against the arrest warrants and nominate the even called for the three officials for the German Order of Merit.

The Swiss have come under increased pressure in recent years to tackle the problem of tax evasion, particularly from the United States.

The US is investigating 11 banks including Credit Suisse and Julius Baer for helping American citizens evade taxes.

Rudolf Strahm, a former member of the Swiss parliament and a finance expert, is critical of his country’s banking secrecy. He argues that around 60 percent of foreign assets held in Swiss banks come from institutional investors, like pension funds and insurance companies. “They come to Switzerland because of the risk management, the strong franc and stability. They don’t need banking secrecy.”

He says that the majority of about 330 banks operating in Switzerland don’t even cater to foreign customers. “Only 20 or 30 banks have profited from this, but they have damaged the reputation of Switzerland as a whole.”