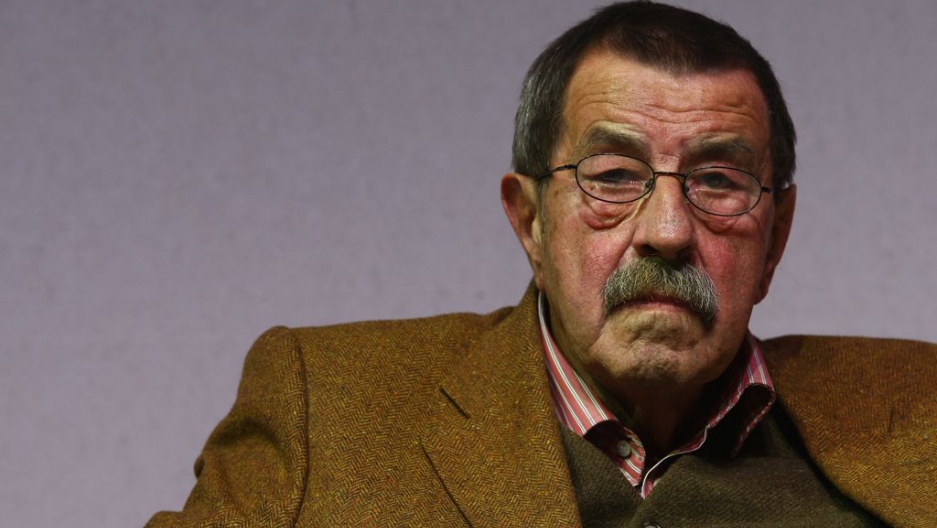 Günter Grass is one of Germany's best-known novelists and intellectuals, and winner of the 1999 Nobel Prize for Literature.
Credit: Sean Gallup
Share

BERLIN, Germany — Günter Grass, one of Germany's best-known authors, has caused controversy with a new poem in which he says Israel is threatening world peace.

The poem, entitled 'What must be said' and published in German newspaper the Süddeutsche Zeitung this morning, has already prompted criticism from Germany and Israel.

In it, Nobel laureate Grass writes that "nuclear-armed Israel is endangering already fragile world peace." An Israeli strike against Iran could "wipe out the Iranian people," he claims, arguing that both countries should submit their nuclear programs to international monitors.

Grass says he has "kept quiet" until now because of Germany's history and his own past – he was a member of the Nazi Waffen SS during World War 2 – but writes that he feels compelled to speak out against his country's military assistance of Israel. He refers specifically to the sale of German submarines to Israel, which he says are designed to carry "annihilating warheads."

"We could be suppliers to a crime that can be foreseen, which is why none of the usual excuses would erase it," Grass writes. "I will be silent no longer, because I am sick of the West's hypocrisy."

More from GlobalPost: On the campaign trail with Günter Grass

In response, the Israeli embassy in Berlin issued a statement accusing Grass of anti-semitism.

"What must be said is that it is a European tradition to accuse the Jews before the Passover festival of ritual murder. [...] We want to live in peace with our neighbors in the region. And we are not prepared to assume the role that Günter Grass is trying to assign to us as part of the German people's efforts to come to terms with the past."

Germany's Central Council of Jews called the poem an "aggressive pamphlet of agitation," the Spiegel Online reported, while Die Welt's columnist Henryk M. Broder described Grass as "the prototype of the educated anti-semite."

"Grass is a great writer, but his political judgment is wholly wrong," the chairman of the German parliament's foreign affairs committee, Ruprecht Polenz, told Die Welt. The poem is unlikely to damage Germany's relations with Israel, however, Polenz said.

Grass has previously courted controversy by calling for Israel to stop building new settlements and return existing ones to the Palestinians, as well as mixing up the numbers of German soldiers killed during World War 2 and the number of Jews murdered in the Holocaust.

In his 2006 autobiography Grass admitted he had served in the Waffen SS, a part of his life about which he is still ashamed today, he told Israeli paper Haaretz at the time.