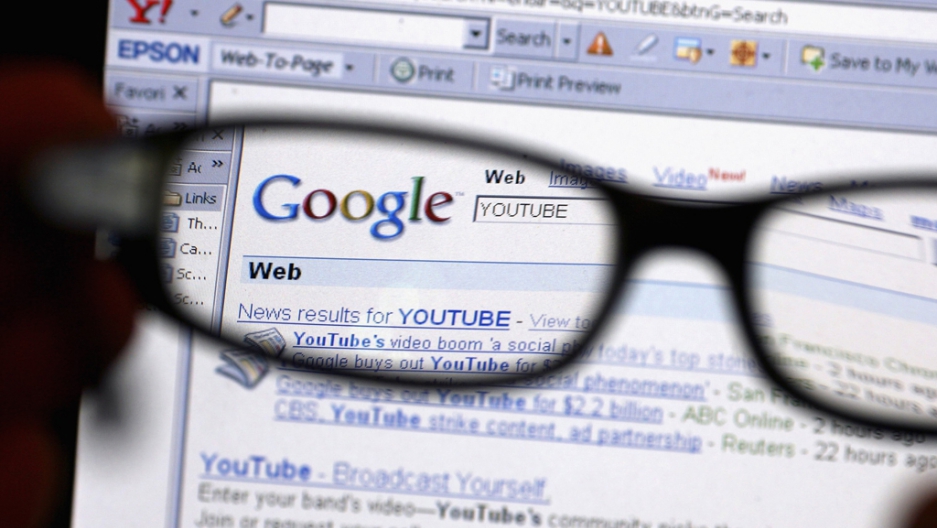 The initiative teased techies with a YouTube video that demonstrates how the futuristic glasses would work, and created a page on Google+ to garner ideas from the public as they develop their augmented reality eyewear.

"We think technology should work for you—to be there when you need it and get out of your way when you don’t," Google wrote. "We’re sharing this information now because we want to start a conversation and learn from your valuable input. What would you like to see from Project Glass?"

The prototype version looks like "a very polished and well-designed pair of wrap-around glasses with a clear display that sits above the eye," the New York Times reported. The glasses allow their wearer to send and receive messages through voice commands, stream information, and take photos and video with a built-in camera.

They will be sold for a price range of between $250 and $600, the Times reported back in February, around the same cost as a smartphone.

"This is terribly, terribly cool stuff, but I’d caution users to take the images and video with a grain of salt for now," wrote Tech Crunch's Chris Velazco, "Not because I don’t think Google will eventually make good on them, but because they represent just one direction that the project could go in."

Google has not yet set a release date for the new product, but plan to test it in public this summer, according to the Times. The first version of Google's glasses could be released by the end of the year.