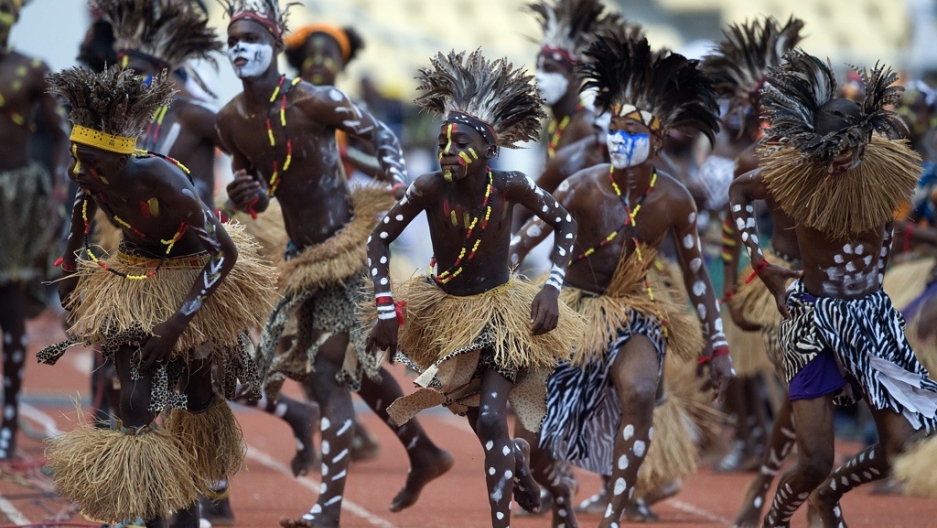 Angola today celebrates a decade of peace with music and dancing.

Do you know about Angolan music? Can you dance like an Angolan?

With peace, oil and diamonds, some are saying Angola can become "Africa's Dubai."

New skyscrapers dot the skyline in Luanda, the capital on the Atlantic ocean, reports Reuters, but Angola needs more than some shiny buildings to achieve equitably distributed prosperity.

Ten years ago, on April 4, 2002, an accord ended the debilitating 27-year war which killed 500,000 people and shredded the country's infrastructure.

That war started in 1975 as a by-product of the Cold War and it was the longest-running conflict in southern Africa. It threatened to escalate even further as it drew in soldiers from apartheid South Africa and Castro's Cuba. Finally rebel leader Jonas Savimbi was killed and his UNITA rebel movement decided to negotiate an end to the fighting.

It is has doubled its offshore oil production to 1.8 million barrels per day, making it Africa's second biggest oil producer behind Nigeria. It is scooping diamonds from underground mines and its agriculture is beginning to become productive again, as fields are cleared of landmines.

The oil has helped the country enjoy sustained economic growth, with the country's GDP shooting up from $11 billion in 2002 to $84 billion in 2011. GDP growth is expected to reach 8 percent in 2012, according to the World Bank, reported Bloomberg.

The importance of oil cannot be overestimated as it accounts for about 50 percent of Angola’s gross domestic product, 80 percent of government revenue and more than 90 percent of exports earnings.

But Angola also suffers from Africa's oil curse: The oil wealth has not reached the population and has instead fueled corruption.

President Jose Eduardo dos Santos, 69, has been in office for 32 years, making him Africa's second longest-serving ruler (after Equatorial Guinea's Teodoro Obiang Nguema Mbasogo). He is praised for bringing Angola stability, but also has been criticized for the entrenched corruption of his MPLA party that has prevented ordinary Angolans from benefiting from the country's economic growth.

Dos Santos responded to the criticism: "To those who say they don't see the benefits, I say no. It's with that money that we build roads, bridges, hospitals and give scholarships," he said last month, according to Reuters. He said improvements will take time.

I've been to Angola many times and I have been seduced by its tropical, portuguese charm. I've also been arrested by its police a couple of times and been asked for bribes. Luanda is a beautiful city, but also one of Africa's stinkiest. I've spoken to recent visitors and they confirm that the city has an everpresent hot, humid smell of ocean tinged with sewage.

I've seen that most Angolans live in dire poverty and am familiar with statistics that show key health and education indicators are much lower than what they should be for a country of such wealth. The United Nations Human Development Index ranks Angola 148 out of 187 countries. Life expectancy is 51 years, average education is less than 1 year. Clearly a lot of work needs to be done.

But Angola is tops in one key indicator: music.

Angolan music is has all the best of West Africa, plus it draws on Portuguese and South African trends and it just rocks. It's often in a minor key, but it makes everyone get up and dance, like in this video from Angolan state television.