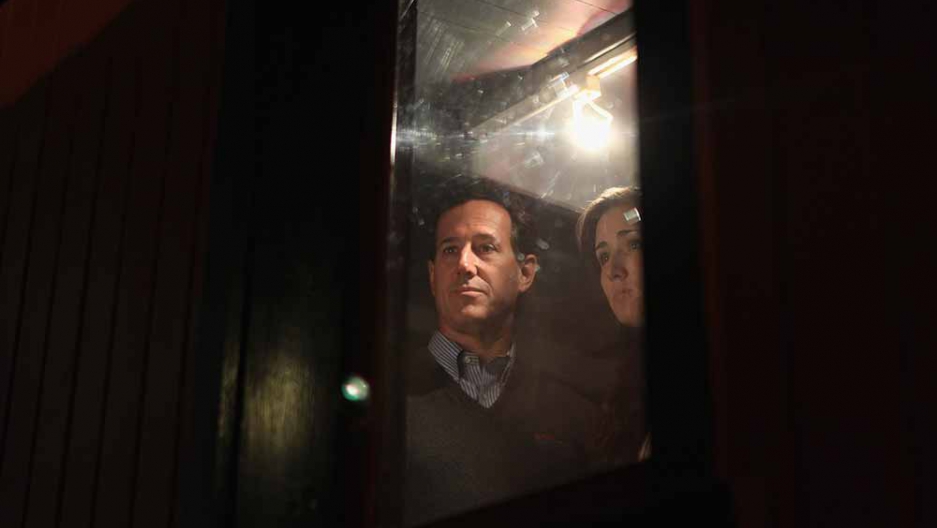 Calls are growing for Rick Santorum to drop out of the race for the Republican presidential nomination as Mitt Romney's delegate lead grows. On Wednesday, Sen. John McCain said "it's time for a graceful exit" by Santorum from the campaign, the Associated Press reported.

The New York Times wrote that Romney's wins in Wisconsin, Maryland, and the District of Columbia on Tuesday were "in some respects the start of the general election." President Obama has shifted gears, too.

"Mr. Obama for the first time singled Mr. Romney out by name, during a major address dedicated to the budget championed by Mr. Romney’s marquee endorser in Wisconsin — Representative Paul D. Ryan — which the president called 'social Darwinism.' "

The next contest, Pennsylvania, presents a particularly unique challenge for Romney and potential triumph for Santorum. A large, Rust Belt swing state, Pennsylvania could bolster Santorum's claim that he has the ability to appeal to voters beyond his base of evangelical Christians.

A win by Romney in Santorum's home state would further diminish his quickly shrinking chance of securing the nomination, according to the Times. In another story the paper wrote, "the Romney campaign believes that [its victory] in Wisconsin can help propel Mr. Romney to victory in the popular vote in Pennsylvania, delivering a crushing blow to the Santorum campaign."

Ohio Secretary of State Ken Blackwell, a Republican, told The Hill that Romney's problem is that he has "failed to craft a compelling narrative."

But, the Washington Post reported, close poll numbers and home field advantage could help Santorum secure the state. "Pushed by the tea party movement, the Republican Party in Pennsylvania has grown more conservative since 2006, a shift likely to favor Santorum." It continued, "And loyalty still runs deep for the grandson of a western Pennsylvania coal miner."

Top Romney adviser, in Playbook -- ”Somebody needs to tell Senator Santorum this isn’t golf. Having a lower score isn’t better.”