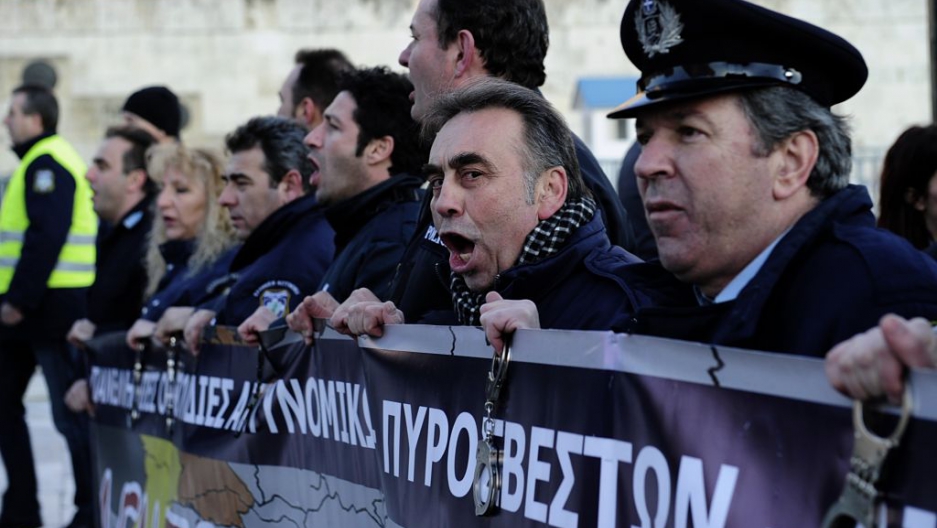 The Greek government plans to hold illegal immigrants in detention indefinitely if they are considered a public health risk, the Guardian reported.

In a draft bill, the Greek government requested support for a plan to arrest immigrants that are a "public health risk." Under the bill, the immigrants can remain in detention for as long as it takes for officials to test and treat them for diseases.

"The subjects ... will be submitted to compulsory health examinations and corresponding treatments," the draft bill said, according to the Associated Press. "Treatment areas will be subject to detention regulations for the period that the reasons for their detention apply."

The government's definition of a "public health risk" appears to be vague. An immigrant could be considered a public health risk if he or she suffers from an infectious disease, or just belongs to "high-risk groups" such as drug users or prostitutes, Athens News reported. In addition, "people who live in conditions that fail to meet the minimum of hygienic standards" would also be considered a threat to the public's health.

Amnesty International called the plan alarming and pointed out that people who are seeking political asylum would also be subject to detention.

"It is especially concerning that those eligible for international protection also face being detained. Migrants and asylum-seekers are not criminals and should not be treated as such," Amnesty International said.

Roughly 10 percent of Greece's population is made of immigrants, the Los Angeles Times reported.