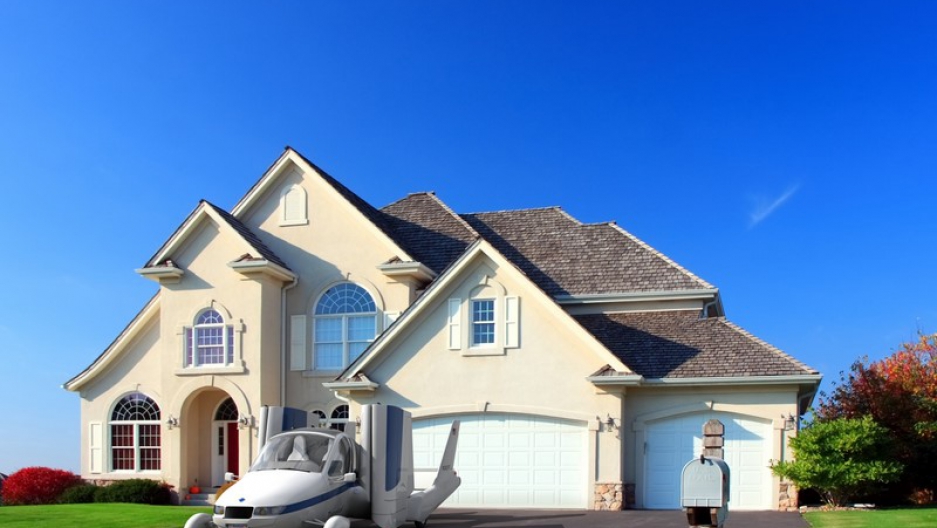 Terrafugia plans to show off its Transition at next months New York International Auto Show. Company officials indicate it could be in driveways by the end of the year.
Credit: Terrafugia
Share

Woburn, Mass.-based Terrafugia Inc., the company developing a flying car — or "roadable aircraft" — said it completed the first test flight of its production prototype at Plattsburgh International Airport in Plattsburgh, NY, reported The Wall Street Journal. The vehicle has also been through road tests in order to show its ability to convert easily from driving to flying.

The vehicle — known as the Transition — has two seats, four wheels and wings that fold up for when it's driven like a car, according to the Associated Press. Last month, it flew at 1,400 feet for eight minutes. Commercial jets fly at 35,000 feet.

The company flew an earlier prototype called a proof-of-concept vehicle in 2009, but recent tests were of a model that is very close to what Terrafugia said will be available "within the next year," reported the WSJ. The company had previously said deliveries of the Transition would start by the end of this year, but availability will depend largely on the test program.

The AP said around 100 people have already put down a $10,000 deposit to get one of the first Transitions when they go on sale, and those numbers are expected to rise after Terrafugia introduces the flying car to the public later this week at the New York Auto Show.

The Transition is expected to cost $279,000, but even with such a hefty price tag, don't expect it to get you out of rush-hour traffic. According to the AP, the flying car needs a runway to get off the ground.