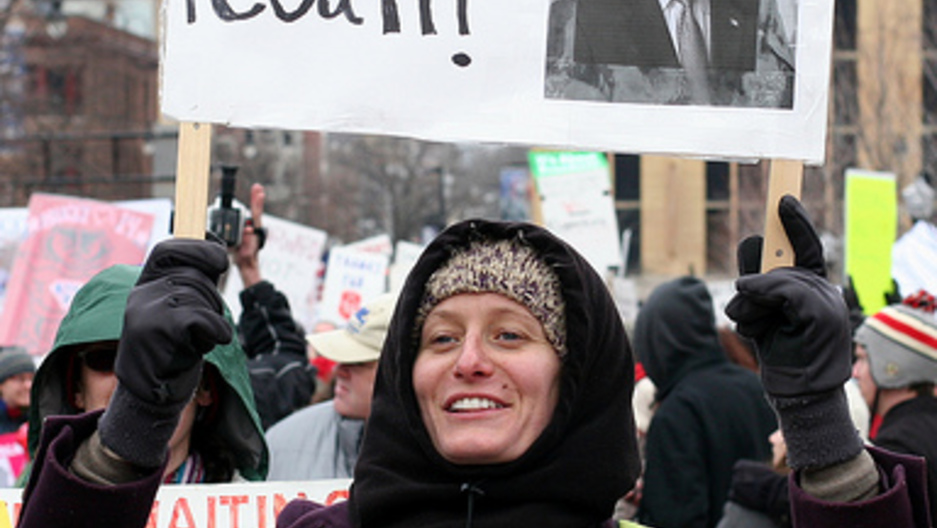 Gov. Scott Walker will face a recall election, Wisconsin officials announced on Friday, after determining his opponents had secured enough valid signatures to force an election.

That's taking a lot of the attention away from Tuesday's Republican presidential primary in Wisconsin. Citizens are more focused on the potential recall of their current governor.

"I think as far as the mood of Wisconsin, if you're gauging the governor's staunchest supporters and his harshest critics, the mood is pretty intense," said Shawn Johnson, capitol reporter for Wisconsin Public Radio. "I mean, they're pretty into this. This is the battle that they've been waiting for ever since the governor introduced his collective bargaining bill going back to February of last year."

Walker became a polarizing figure after proposing the Wisconsin Budget Repair Bill, which was later approved by the Wisconsin Legislature. The bill eliminated most collective bargaining rights for state workers and also limited pay increases for state emplyee unions. The controversial bill resulted in protests and the campaign to recall the governor. However, Walker maintains an even split among supporters and detractors, because of his popularity among conservatives.

Wisconsin's election board approved the recall election after receiving 900,939 valid signatures on petitions calling for Walker's recall, well in excess of the 540,208 required. Walker's campaign had requested more time to verify signatures, claiming as many as 20% were not valid. After the governor's request was denied, he chose not to challenge the recall petitions.

Milwaukee Mayor Tom Barrett, who ran against Walker in 2010's gubernatorial election, announced on Friday that he will challenge Walker in the recall election.

"He has the highest name ID among Democrats, and, you know, that may prove to carry the day, in some ways, because it's such a shortened campaign season. It's a real sprint, instead of a marathon," Johnson said.

Other Democrats have entered the race as well, including union favorite Kathleen Falk.

"Nearly every union has endorsed her cause, and they're spending money on her behalf. They're funding a third-party group that's running ads on her behalf, largely because Kathleen Falk has said that if she is governor, she will veto any budget that does not include collective bargaining rights for public employee unions. It's a pretty hard line stand, and they feel like they've got a candidate in Kathleen Falk that they can get behind," Johnson said.

Johnson said while Wisconsin citizens may be more interested in the Republican presidential nomination Monday because of Tuesdays primary, overall they are more focused on the recall election.

"I would say in general that the recall has been much more all-consuming. If you drive around Wisconsin, especially in the most Democratic or the most Republican parts of Wisconsin, you're finding yard signs that either say, 'Recall Walker,' or, 'Stand with Walker.' That's the debate that everybody is having right now," Johnson said.

Republican presidential nominees Rick Santorum and Mitt Romney have both shown support for Walker, Walker has yet to endorse a candidate.