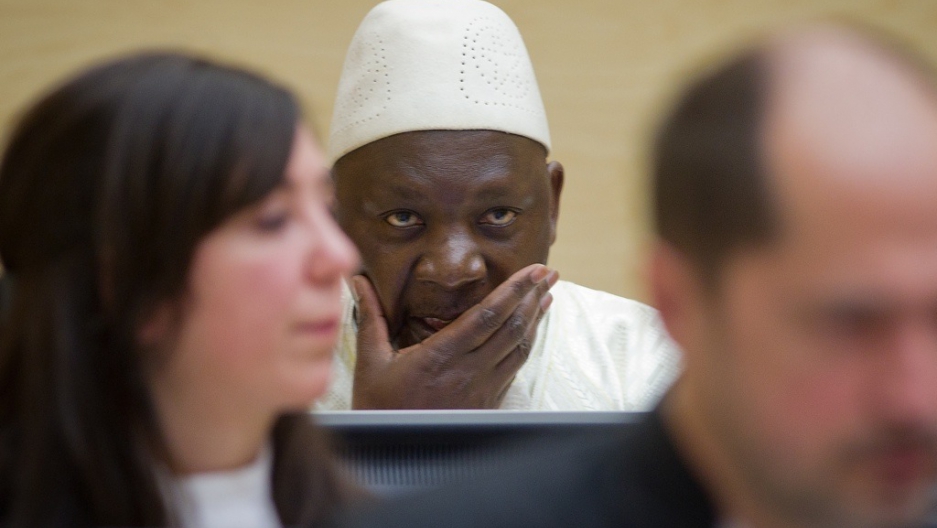 Congolese former rebel commander Thomas Lubanga listens to the verdict on his war crimes trial at the International Criminal Court in the Hague on March 14, 2012. Lubanga was found guilty of crimes of conscription and enlisting children, the court's first verdict since its launch a decade ago.
Credit: Evert Jan Daniels
Share

WASHINGTON — March was a big month for the International Criminal Court (ICC). The ICC handed down its first guilty verdict against Thomas Lubanga, a Democratic Republic of the Congo (DRC) militia leader. Also Joseph Kony, who is wanted by the court, rose to fame on a wave of tweets and Facebook posts about the Kony 2012 video. But as the ICC grows in visibility and stature, there are still very real barriers to international criminal justice — and many of these are inherent in the ICC itself.

The ICC has fundamental procedural, structural and jurisdiction problems that must be resolved before it will be a truly effective mechanism of justice. These problems start with who is, and is not, targeted for prosecution. While the ICC Prosecutor Luis Moreno-Ocampo rightly charged Lubanga for recruiting child soldiers in the gory DRC wars in which over 5 million people were killed, he also bypassed many key, and likely culpable, officials in the DRC.

“The ICC has taken the small fish,” Abbé Alfred Buju, of the Catholic Diocese of Bunia, DRC, told a reporter, “leaving the big fish because they’re in positions of power.”

He said he was referring to generals and cabinet ministers from Uganda and Rwanda who supported the militias, and notorious warlords, like Peter Karim, who was made a colonel in the Congolese army instead of being brought to trial for war crimes.

At an ICC educational session in Bunia, DRC, one of the teenagers in a group of former child soldiers, asked why Lubanga was on trial when “others who did the same thing are working within the government?” This is a good question, and a problem of politics. The ICC selectively targeted politically neutral defendants, leaving other likely criminals free. The integrity of the court is being undermined when justice is unevenly applied.

More from GlobalPost: How to promote change in Syria

Since the inception of the ICC, more than 100 nations have come to support the institution, but notably not the U.S., China or Russia. Each country objects to the possibility of ICC prosecution of its citizens. Absence of the three huge powers creates gaping holes in the court’s jurisdiction and undercuts its legitimacy. The ICC has no power over its own jurisdiction, nor should it, but it can, and must, avoid the politicization of justice though careful case selection.

How effective can the court be if leaders tied to large powerful countries are exempt? Last year a Kenyan, reflecting on the work of the court, told the BBC, “The work of the ICC is partial. If they are not going to raise the standards, they have no business investigating people. Whether by design or default, politics can be read all over the work of this court.”

Liz Evenson of Human Rights Watch’s International Justice Program echoed a similar complaint, calling it an “unfortunate reality that those who are allied with powerful interests are more likely to escape justice.”

Even within the cases it has prosecuted, the ICC trials have had serious judicial irregularities. In the Lugbanga case, for example, paid go-betweens, known as intermediaries, manipulated and influenced some witnesses to lie, which led to the dismissal of evidence. According to court documents, this was the result of “essentially unsupervised actions of three of the principal intermediaries,” who “cannot safely be relied on,” and “whose evidence was, at least in part, inaccurate or dishonest."

Earlier in the trial the prosecutor withheld evidence, nearly allowing Lubanga to go free. Later, a British judge tried, on two separate occasions, to halt the trial and ordered Lubanga released based on procedural missteps. The Lubanga trial finally resulted in a guilty verdict. But it took eight years, numerous bypassed investigations and an extraordinary amount of money to do so.

The court has opened just 11 cases out of the nearly 9,000 requests for prosecution sent from around the world. The ICC has a budget upwards of $160 million a year, and yet only five people are currently under custody at The Hague. Meanwhile, the incidents the ICC is meant to prosecute are vast. Human Rights Watch estimates that 200,000 to 300,000 children are currently serving as soldiers in armed conflicts, the charge for which Lubanga was found guilty.

In light of this first victory for the ICC, the international community should refocus on the reforms needed to make the ICC an effective mechanism of justice. The ICC prosecutor, Moreno-Ocampo, called the recent ruling “a victory for humanity.” But, it was praise issued too soon. By sidestepping cases due to politics, mishandling prosecutions and stockpiling expenses, the ICC undermines its own cause — justice for victims of the world’s most brutal crimes.

L. Thomas Galloway is the president of the Galloway Family Foundation, whose focus is on international journalism and human rights and funds the Center for International Journalism. The foundation also supports GlobalPost in investigative and in-depth reporting projects. Anja Tranovich is a journalist at the Center for International Journalism who has reported on development issues from four continents and covered the United Nations.