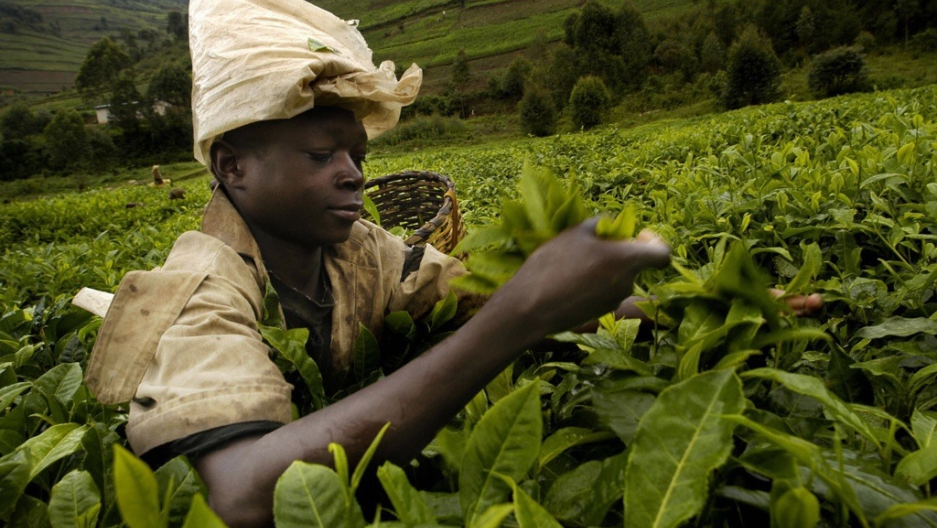 KIGALI, Rwanda — Eighteen years ago this week (Friday April 6), Rwanda plunged into genocide, 100 days in which some 800,000 Tutsis and moderate Hutus were massacred and the country was battered by civil war.

In the past 17 years Rwanda has pulled its economy up from the ruins to become one of Africa's most dynamic and fastest growing, registering at least 8 percent GDP growth for the past 5 years.

It has not been easy work and the country still has a long way to go.

A majority of Rwandans still live on less than 50 cents per day, with 77 percent on less than $1.25 daily, according to United Nations statistics.

The small country — at 10,000 square miles it is about the size of Maryland — and has the highest population density in sub-Saharan Africa. About 86 percent of the population subsists on traditional agriculture, according to the UN. Despite fertile volcanic soils and abundant rainfall, food production often does not meet demand, requiring imports.

Rwanda does not have oil deposits or other major natural resources. President Paul Kagame's government has bet on economic growth based on tourism and services to create new employment.

Kagame's gamble appears to be getting results. At least 1 million Rwandans have been lifted out of poverty in just five years, according to the Rwandan Household Living Conditions Survey, released by the government earlier this year.

Economic growth between 2006 and 2011 reduced the number of Rwanda's 11 million people living in poverty from 57 to 45 percent, according to the report.

“This should be happening everywhere in Africa,” Collier said, at the release of the report. "Instead, it’s happening nowhere else."

Rwanda's infrastructure grew rapidly, with connections to electricity jumping from 91,000 in 2006 to 215,000 in 2011, according to government statistics. Access to education improved sharply with primary school completion rates for 2011 reaching 79 percent for boys and 82 percent for girls, much higher than the overall targets of 59 percent and 58 percent respectively, while participation in secondary level education doubled from 2006 to 2011.

"We are happy with the valuable progress we have seen in these numbers," said Kagame when announcing the data. "But we are also aware there is more work to be done, not less."

Kagame said he hopes that continued economic growth will come not from aid, but from investment and capacity building. In 1995, 100 percent of the government budget came from foreign aid. In 2011, it had fallen to 40 percent. The government aims to get that to zero.

“A lot of people go outside of Africa to get an education, with more than 200,000 young Africans going to Europe, Asia and America every year to study,” Michel Bezy, Assistant Director of CMU-Rwanda told GlobalPost. ”This creates a brain-drain because we estimate that about 50 percent of those students never return home.”

More from GlobalPost: Rwanda: Gorillas in our midst

Bezy said both Kagame and Carnegie Mellon University want Rwanda’s brightest students to study in their own country so they can stay here after graduating and help build and support the nation’s IT infrastructure.

Rwanda has invested in an advanced fiber-optic network in Africa which has helped to attract the giant payment processing company Visa. The company launched a partnership with the Rwandan government in December last year to help transform the country from a cash-based economy to a more efficient, cashless one.

“Make no mistake: This is absolutely a commercial activity from our perspective,” said Elizabeth Buse, Visa’s Group President for Asia Pacific, Central Europe, Middle East and Africa. “This new partnership will not benefit Rwandans alone. It will drive more volume and revenue across the Visa network.”

Buse added that Rwanda provides an “extraordinary development and economic framework. There is an openness to develop public private partnerships — which is very unusual among government — and there is a strong focus on developing ICT infrastructure.”

Rwanda’s business and service sectors account for two-thirds of GDP, having replaced agriculture. Tourism is a key part of the service sector. Marriott is building one of its first three hotels in sub-Saharan Africa, with a 5-star, 250-room hotel in Kigali. Marriott said it decided to enter Rwanda because of its promise as a service, transportation and logistics center for the Central Africa.

Even as Rwanda’s economy grows and outpaces its neighbors in virtually every development indicator, large wealth gaps still exist.

The country is still largely made up of agricultural workers living in grinding poverty. The coming years will be a test to see if Rwanda can include its poorest, rural citizens in Kigali’s economic boom. But analysts believe that if growth continues, even Rwanda’s poorest farmers will benefit from the country’s success.

"Rwanda is truly an undervalued asset that is positioned for strong business growth,” said Clay Parker, managing director of Bridge2Rwanda, an NGO focused on sustainable economic development. “Their corporate style leadership has a mindset of minimum bureaucracy and maximum protection. The people desire to learn and work hard. They want to be innovators who do not simply compete with the rest of Africa, but instead the entire world."