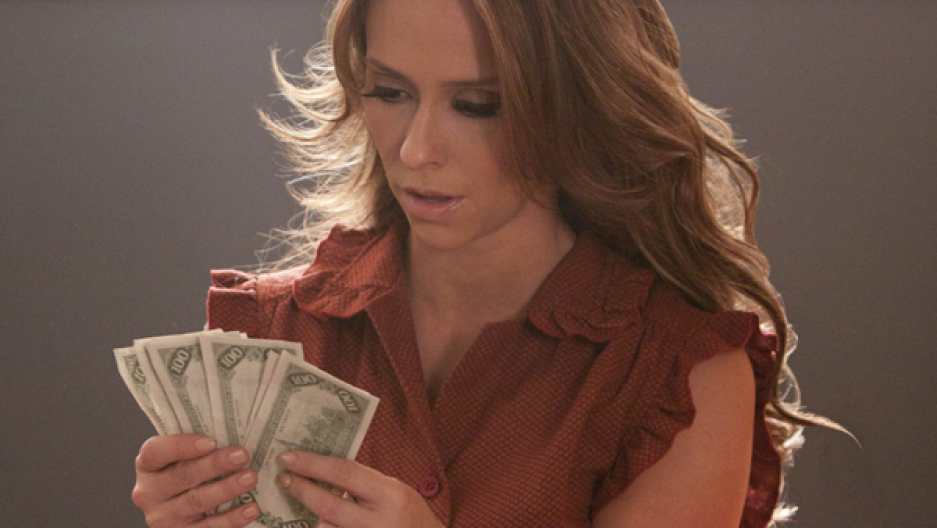 Jennifer Love Hewitt stars in The Client List, one of a number of new shows that use the Great Recession as a backdrop and dramatic foil. (Photo courtesy of Michael Desmond/ A&E Networks.)

Unemployment is down, job creation is up, and the auto industry — practically left for dead three years ago — is healthy.

The economy finally seems like it's getting back on track, but on television, the Great Recession is the backstory of everything from reality shows to sitcoms.

That’s because television is a lagging economic indicator, said Time’s James Poniewozik. First of all, he said it took the networks time to acknowledge the recession at all.

"Network television is conditioned against airing anything that's considered a bummer," he said.

But with this recession as long and deep as it’s been, executives had time to develop shows about the rotten economy. Poniewozik isn't surprised a sitcom like CBS’s 2 Broke Girls — about two young waitresses, one working class, the other disgraced after her billionaire father's Ponzi scheme is exposed — got the green light in 2011.

But with economic indicators pointing upward, the "times-are-tough" message may get stale fast.

Take Lifetime's new drama The Client List, in which Jennifer Love Hewitt plays an out-of-work mother who takes a job as a masseuse-slash-prostitute. Poniewozik thinks this type of plot line will linger for a while in prime time.

Audiences have become accustomed to that storyline, “and it has some benefits,” he said, for show creators.

“If you’re writing a drama, it provides motivation. If it’s tough to get a job, you’re under financial pressures, you’re scared — that can be a better motivation for drama and for characters than great times can be," he said.