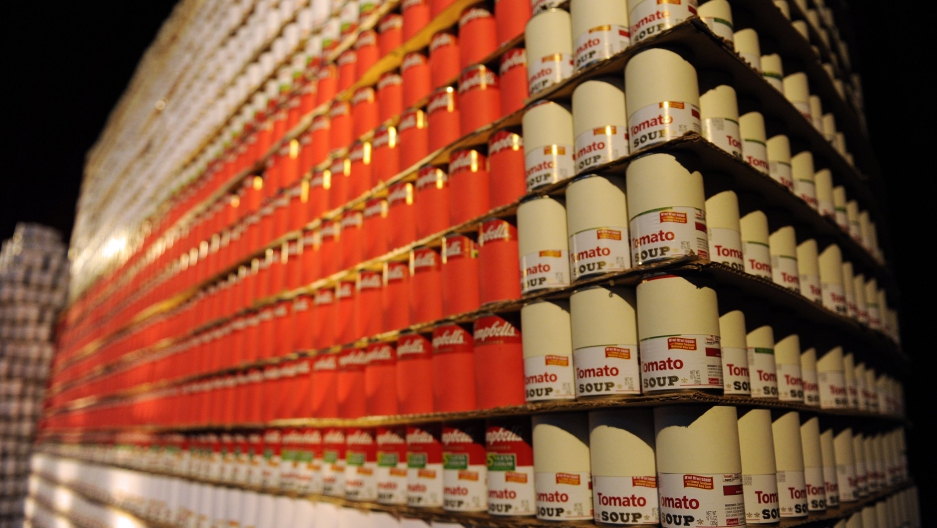 A world-record-sized sculpture made of 30,000 Campbell’s soup cans in the shape of a slice of cheesecake in Washington, DC, on Oct. 1, 2009.
Credit: TIM SLOAN
Share

The Food and Drug Administration has rejected a petition from the National Resources Defense Council requesting that bisphenol-A, commonly known as BPA, be banned from all food and drink packaging, USA Today reported.

BPA, a plastic-hardening chemical, is used in plastic bottles and canned food.

The FDA said that the NRDC did not present enough scientific evidence to justify changing the rules and instituting a BPA ban, Bloomberg News reported.

According to USA Today:

Some scientists believe exposure to BPA can harm the reproductive and nervous systems, particularly in babies and small children, potentially leading to cancer and other diseases. They point to results from dozens of BPA studies in rodents and other animals.

"While evidence from some studies have raised questions as to whether BPA may be associated with a variety of health effects, there remain serious questions about these studies, particularly as they relate to humans," the agency said in its response to the environmental group, according to USA Today.

The agency told Bloomberg News that it will continue to investigate the effects of BPA, including completing a number of federal studies that are currently in progress.

The American Chemistry Council, a Washington-based industry group, said in a statement Friday that is “very unlikely” BPA is harmful to humans, since federally-funded research shows the body quickly eliminates it, Bloomberg News reported.

Nevertheless, many companies have responded to customers’ concerns by removing BPA from their products, USA Today reported. The six leading makers of baby bottles in the US are now BPA-free, and earlier in March, Campbell's Soup said it would begin removing BPA from its most popular soup cans.