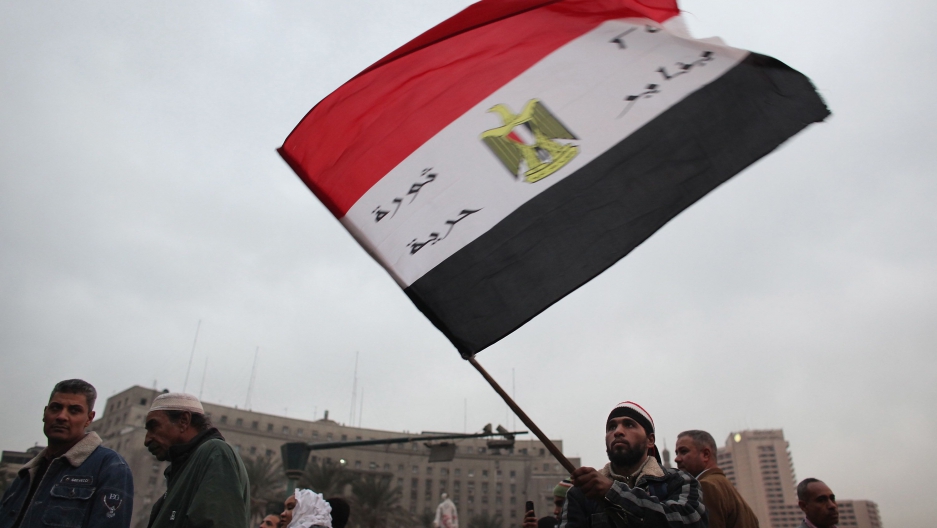 Mahmoud Hussein, the Muslim Brotherhood’s secretary general, said the group had decided to nominate a candidate following “attempts to abort the revolution” and because of the “real threat to the revolution and to the democratic process.”
Credit: Jeff J Mitchell
Share

The Muslim Brotherhood in Egypt has put forward its deputy chairman, Khairat al-Shatir, to contest the country’s presidential elections in May.

“The parliamentary bloc of the Freedom and Justice Party (FJP) will nominate Khairat al-Shatir as a candidate for the presidency,” the FJP said Saturday in a message on its Facebook page, Al Jazeera reports.

The FJP is the Muslim Brotherhood’s political arm in Egypt.

Mohammed Badie, the Brotherhood's supreme guide, confirmed Shatir's nomination at a press conference and read out a statement from Shatir, who was not present, according to the Agence France Presse.

"After it was decided to field my name in the presidential elections, I can only accept the decision of the Brotherhood. I will therefore resign from my position as deputy chairman," Shatir's statement said.

More from GlobalPost: Seeking a place in 'new Egypt'

The decision to field Shatir, a millionaire businessman and the Brotherhood’s financier, reverses a pledge made earlier by the group’s leaders not to contest the presidential election, according to the BBC.

The first round of voting is on May 23-24, Reuters reports.

The FJP won around a third of all votes and secured nearly half the seats in Egypt’s parliament in legislative elections held in November following the ousting of Hosni Mubarak last year.

Mahmoud Hussein, the Muslim Brotherhood’s secretary general, said the group had decided to nominate a candidate following “attempts to abort the revolution” and because of the “real threat to the revolution and to the democratic process.”

The Brotherhood has clashed with the ruling Supreme Council of the Armed Forces (SCAF), which took power when Mubarak was deposed in 2011, over the thorny issue of Egypt’s cabinet.

The FJP has accused it of holding up the revolution and threatening Egypt’s transition to democracy. It has called on the military to replace the cabinet with an FJP-led government, something the military has so far refused to do.

More from GlobalPost: Will Egypt's military council turn into a pumpkin?