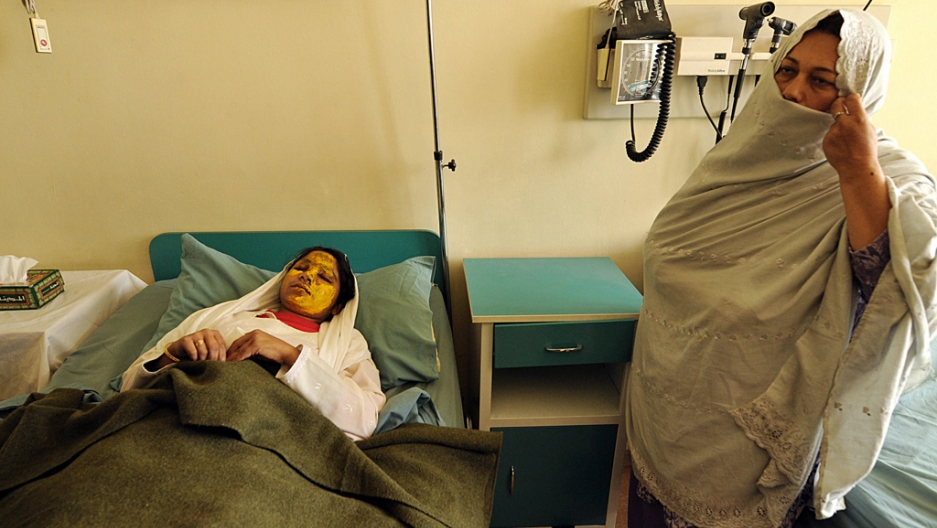 Two children have been killed in an acid attack in Afghanistan's eastern Ghazni province, provincial police chief Zorawar Zahid said Saturday. According to CNN, the children died after acid was thrown on their faces and into their mouths.

The girl was believed to be 12 years old and the boy 15, reported Radio Free Afghanistan. Zahid said their bodies were discovered on March 30 in a wasteland in the Esfandi area of Ghazni. CNN said the Afghan National Army then brought the two children's bodies to Ghazni hospital after villagers made them aware of what had happened.

"Unfortunately, a large amount of acid has been poured on them and both are dead," Provincial Governor Musa Khan Akbarzada said to Radio Free Afghanistan. "The reason for [the attack], who has committed it, and who their parents are is not clear yet. We are waiting for detailed information."

Police said officers are still investigating the motive for the attack, but witnesses who found the bodies told Agence France-Presse the two were probably killed because of their friendship. No one has claimed the bodies yet, which are still in Ghazni hospital.

The attack is the latest incident to show the dangers still faced by the Afghan people 10 years after a US-led invasion removed the Taliban, a group notorious for having oppressive policies toward women and extremely conservative attitudes toward relationships, according to AFP. Last December, a 17-year-old Afghan girl and her family were sprayed with acid, apparently after rejecting a marriage proposal.