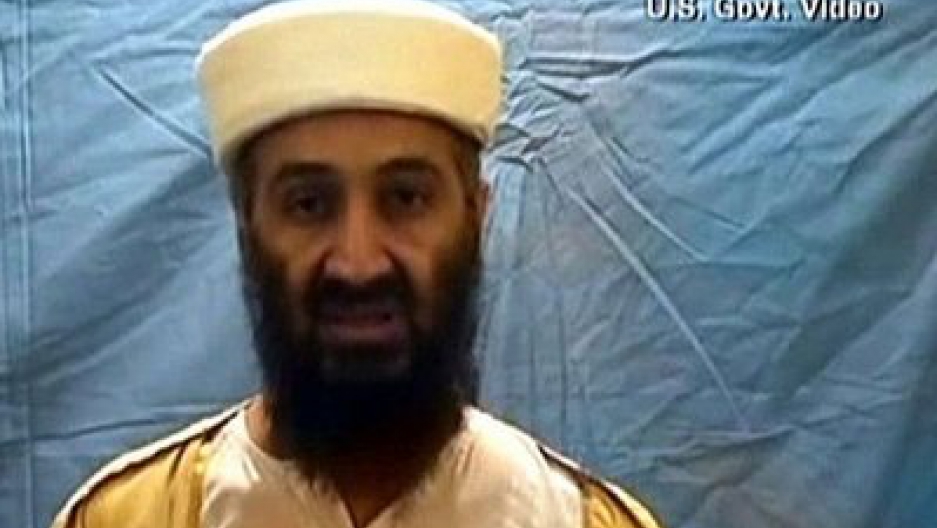 Osama bin Laden appears in a video sometime in 2010 or 2011 from his compound in Abbottabad, Pakistan. (Photo from the U.S. government via Wikimedia Commons.)

Details are beginning to emerge on just how Osama bin Laden spent his days between when the U.S. attacked Afghanistan in 2001 through his death at the hands of U.S. forces in 2011.

The new information comes from an investigative report produced by Pakistani officials, based in large part on interviews with bin Laden wives and family members who survived the U.S. attack on bin Laden's Abbottabad compound in May. According to The New York Times, Amal Ahmad Abdul Fateh, Bin Laden’s 30-year-old wife, provided the most detailed testimony on how bin Laden moved from Afghanistan, to Pakistan and around the country.

The Times points out obvious flaws in Fateh's account, including that her words are not direct quotes, but summaries from a police officer, and they're careful not to list the name or names of any Pakistanis who helped them, referring to them more vaguely.

According to the report, bin Laden moved to Abbottabad in 2005. He fathered four children, two of whom were born in government hospitals, between 2001 and 2011, reports say.

Fateh, a Yemeni citizen, came to Pakistan in 2000 to marry bin Laden.

Mubashir Zaidi, the head of Dawn TV in Islamabad, Pakistan, said its a fascinating account because it represents the first time anyone from bin Laden's family has spoken to authorities.

"The most important thing (Fateh) told investigators was that most of the time, after 9/11, after surviving the Tora Bora bombing, Osama lived in Pakistan," Zaidi said. "These details have come out for the first time. These are very important. We still don't know whether things have been censored by the investigators because it doesn't mention whether Osama was sheltered by Pakistani officials."

But the report does say Fateh reunited with bin Laden after the 9/11 attacks in Peshawar, in Pakistan, before the entire family, all of his wives and children, moved to the Swat Valley, where they stayed, though in different places, through 2005.

So far, bin Laden's other wives have refused to cooperate and provide corroborating or contradictory information to investigators, Zaidi said. All of the women are expected to face immigration charges next week, for coming to Pakistan illegally or overstaying their visas, and Zaidi said that's kept many of them from cooperating.

Fateh wants to go back to Yemen, rather than face imprisonment in Pakistan, Zaidi said, which may be leading to her cooperation.