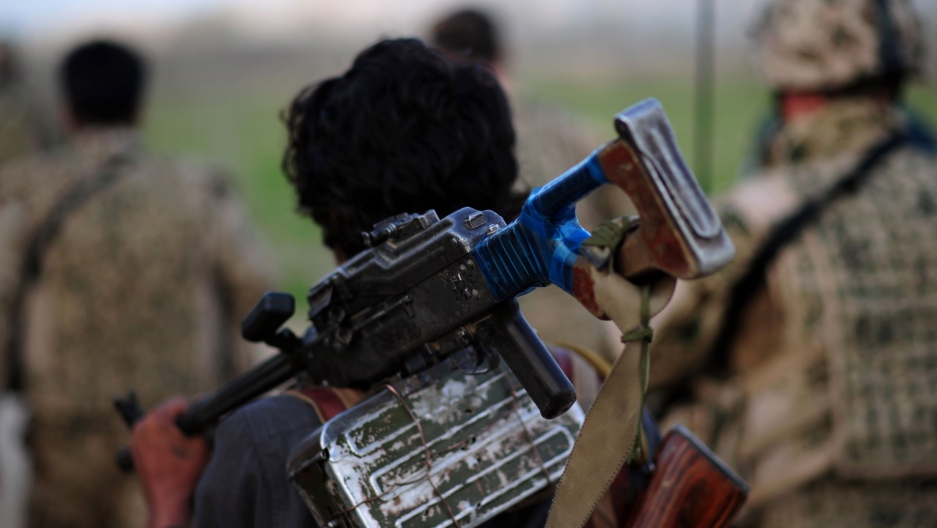 The victims were part of the Afghan Local Police, a local village force which provides security in areas where the Afghan police and army cannot operate.
Credit: JOHANNES EISELE
Share

An Afghan policeman shot nine of his fellow officers dead as they lay sleeping in a village in the eastern province of Paktika, police said Friday.

Provincial police chief Dawlat Khan said the gunman had been assigned to a small command post in Yayakhil district and had carried out the attack on Thursday night, according to the BBC.

A commander and his two sons were among the dead. The gunman seized the officers’ weapons after killing them with an assault rifle, and fled in a police vehicle.

Two police officers have been detained after Thursday night’s attack, while a third officer has gone missing, Reuters reports.

The victims were part of the Afghan Local Police, a local village force which provides security in areas where the Afghan police and army cannot operate.

More from GlobalPost: US flies soldier accused in Kandahar killings out of Afghanistan

The motives behind the killing was not known, but police blamed the Taliban. Paktika is a stronghold of the Pakistani-based Haqqani network which maintains links with the Taliban and Al Qaeda.

While they mainly attack NATO-led International Security Assistance Force (ISAF) in Afghanistan, the group has also carried out bombings and assaults on the Afghan army and police.

“This man is a coward. What he did is part of the Taliban conspiracy,” Khan told the Associated Press. Taliban spokesman Zabihullah Mujahid claimed responsibility for the attack in a text message sent to the Agence France Presse, saying:

“Last night, a mujahid fighter attacked a security check post. As a result, he killed nine puppet local policemen. The mujahid fighter has managed to escape and joined the Taliban ranks.”

A series of attacks on members of ISAF by Afghan security forces has left 17 foreign troops dead so far this year, and raised concerns that Afghan soldiers and police have been infiltrated by the Taliban.