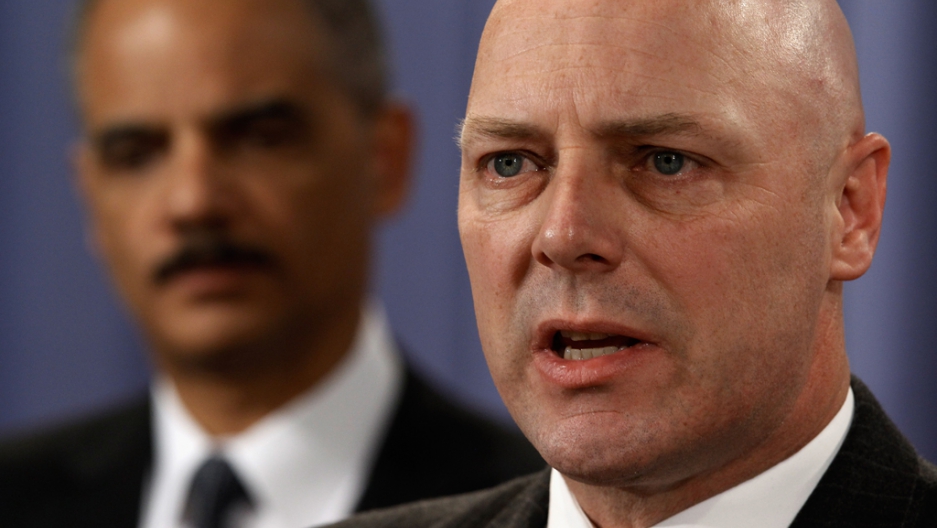 FBI Executive Assistant Director Shawn Henry said in an interview with the Wall Street Journal that hackers were "winning" the war for cyber-security. Henry is stepping down from the bureau after over 20 years to take a job in the private sector.
Credit: Chip Somodevilla
Share

Shawn Henry, the executive assistant director at the FBI, said in an interview with the Wall Street Journal on Wednesday that the bureau's current approach to fighting hackers is "unsustainable."

"We're not winning," said Henry, who is preparing to step down from his position after over 20 years with the FBI.

Officials have been relatively powerless to stop a series of cyber-attacks by hacker collective Anonymous and its copycats. The online hackers have taken credit for a wide range of Internet crime, including shutting down the CIA's website and releasing source code online from Symantec, the largest maker of anti-virus software, last month.

Sony, NASDAQ OMX Group (which operates the NASDAQ stock exchange), and HBGary Federal, a cyber-security firm, have all also been hacked in the past year, according to the Journal.

Henry, who is leaving the FBI to take a job with a private cyber-security firm, told the Journal that businesses and government organizations "fail to recognize the financial and legal risks" that come from operating on networks that are open to hacking.

"I don't see how we ever come out of this without changes in technology or changes in behavior, because with the status quo, it's an unsustainable model," Henry said. "Unsustainable in that you never get ahead, never become secure, never have a reasonable expectation of privacy or security."

James A. Lewis, a senior fellow on cyber-security at the Center for Strategic and International Studies, said he didn't think there was a single secure, unclassified computer network in the United States today, according to the Journal.

However, some critics think that positioning the US as being in a "war" with hackers is not the best way to look at the issue.

"Who declared this war and why did they declare it?" wrote PC World's John Dvorak. "This is not a war to win, but it is a battle that can be fought well. It will not be fought well, though, unless everyone is mindful of security, keeps up with trends, and looks out for oddities. None of what is happening is anything new. There have always been espionage and theft, only now it's all remote. It is not a war by any means. It's just a common struggle."

More from GlobalPost: FBI warns threat of cyber attacks on par with terrorism