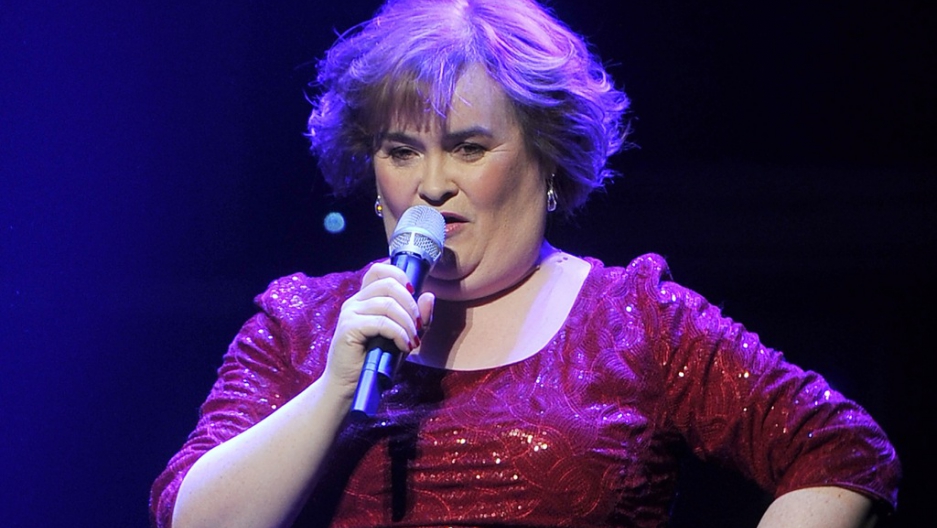 Susan Boyle, doesn't appear in the bio-musical of her life, but she does sing the encore.
Credit: Bethany Clarke
Share

Susan Boyle, the Simon Cowell discovery with the big voice and compelling back story, is now the subject of a bio-musical.

SuBo, as she is known in Britain, and other parts of the English-speaking world, burst into global consciousness when she stepped onto the stage for the Cowell created, Britain's Got Talent. Her physical appearance, large, plain, oddly shy, invited titters from the audience. And then she opened her mouth and sang, I Dreamed a Dream, from the musical Les Miserables. Half a billion YouTube hits later, she was a global phenomenon. She did not win the contest - she came second. But has gone on to have a lucrative recording career.

Last night in Newcastle, in northeastern England,   a musical opened telling the story of her difficult life. Called, "I Dreamed a Dream," it is apparently a hit.

Dominic Cavendish in the Daily Telegraph praised "the fantastically assured" musical. "The overall shape of the show is hard to fault, and in matching the the gutsy good humor of its heroine without stooping to hagiography, this is a delight that deserves to go far, and fast, as she has done. "