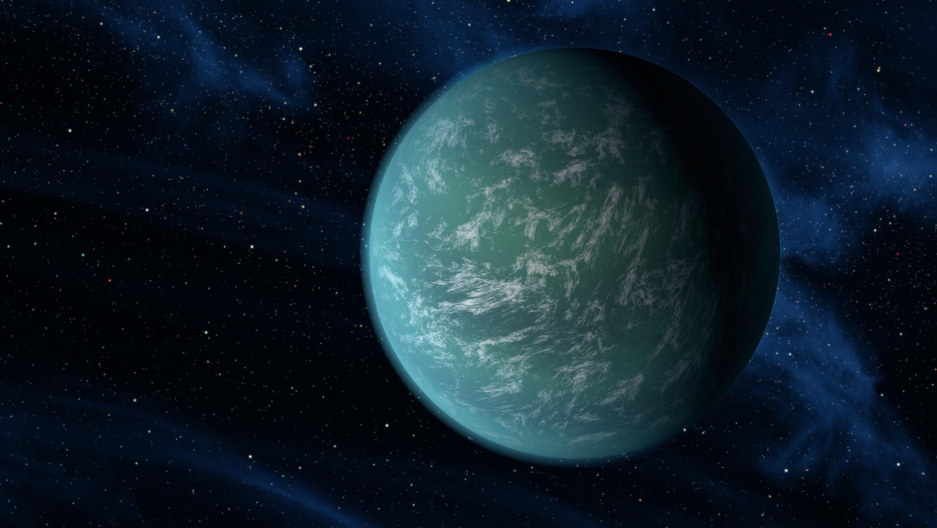 There may be billions of habitable planets orbiting stars in the Milky Way, a new study says.

A European astronomy team said on Wednesday that about 40 percent of the faint, cooler red dwarf stars that may number up to 160 billion in the Milky Way may have habitable planets orbiting around them, reported Space.

It is believed that red dwarf stars make up about 80 percent of all stars in the galaxy.

The team, based in Grenoble, France, said their findings came from a survey of 102 stars around which rocky planets were far more common than large planets like Jupiter and Saturn, said Reuters.

According to the Associated Press, lead reseacher, Xavier Bonfils of the Institute of Planetology and Astrophysics said, "Because red dwarfs are so common this leads us to the astonishing result that there are tens of billions of these planets in our galaxy alone."

Bonfils' team is the first to try to calculate the number of what is known as "super-Earths," planets with the mass between one and 10 tens that of Earth that could sustain life.

Yet, these planets may not be the home of E.T. for one reason.

Although the temperature would be suitable for liquid water, a planet's proximity to red dwarf stars are often much closer than the earth to the sun because the stars are far cooler than the younger sun.

This means that these planets may be subject to extraodinarily high levels of radiation and might be prone to eruptions and solar flares.

The new research will be in an upcoming issue of the journal Astronomy & Astrophysics.