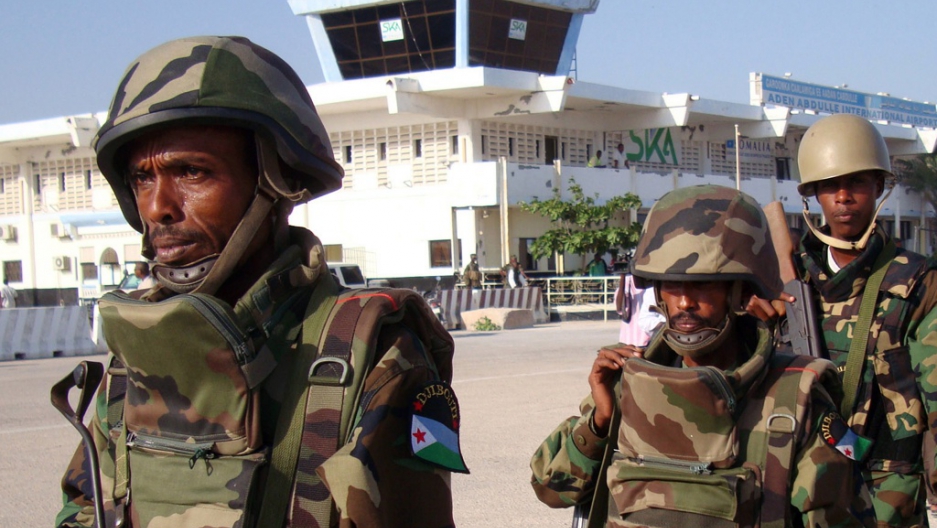 A British man was arrested at Mogadishu airport after saying that he intended to travel to Kismayo. These African Union soldiers did not arrest the man, but are shown with Mogadishu’s Adan Ade international airport on December 20, 2011.
Credit: Mohamed Abdiwahab
Share

NAIROBI, Kenya — A British man has been arrested in Somalia at Mogadishu airport after telling officials he planned to travel to Kismayo, the southern port town that is a stronghold of Al Shabaab militants.

So is this another example of what US and British officials most fear: the foreign passport-holding wannabe jihadi who gets trained in Somalia and might return to wreak havoc at home?

Somali officials have accused him of "al-Qaeda links" and security sources have muttered darkly about his luggage containing knives, strange powders and, er, CDs.

It seems as if everyone might be getting a little overexcited. The man in question, 45-year old Clive Dennis, is British of Jamaican origin and in this video clip recorded by Mogadishu's RBC Radio he appears confused about what he's doing and where he's going. It could be a convincing bluff but he doesn't look much like a terrorist.