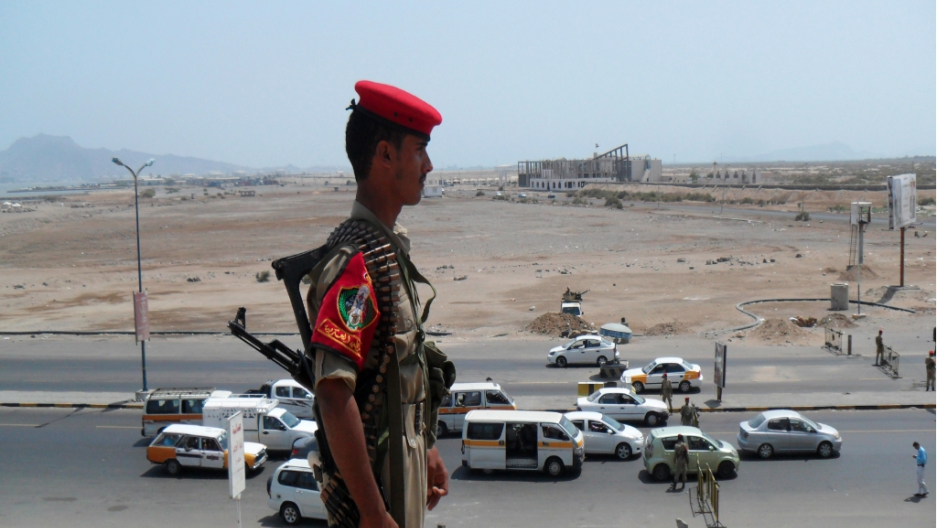 Yemeni security forces secure a main road in the southern port of Aden following the seizure of Saudi Arabia's deputy consul by unknown gunmen outside his home in the southern city on March 28, 2012.
Credit: -
Share

Abdullah al-Khalidi, Saudi Arabia's local deputy consul, was reportedly taken at gunpoint by unknown gunmen near his home in the port city of Aden, Bloomberg said, citing Yemini and Saudi sources. An investigation has been launched.

A Saudi foreign ministry spokesman said its representatives are in talks with "the highest security authority in Yemen" about the abduction, according to the BBC.

The motive behind the attack was not immediately clear, but Saudi Arabia played a critical role in negotiations that ended a nearly a year of anti-government protests with the resignation of longtime leader Ali Abdullah Saleh.

Meanwhile, Yemen's south, including Al-Khalidi's adopted city of Aden, has been engulfed in Al-Qaeda-linked militant activity in recent months. The violence has prompted a military operation focused on reclaiming the region.

Officials speaking on the condition of anonymity suggested to Agence-France Press (AFP) that Al-Khalidi was targeted in a private dispute.

His kidnapping follows a similar incident involving a Saudi official in Bangladesh, but he is just one of three Saudis kidnapped in Yemen over the past three years in a country where abductions are relatively common.