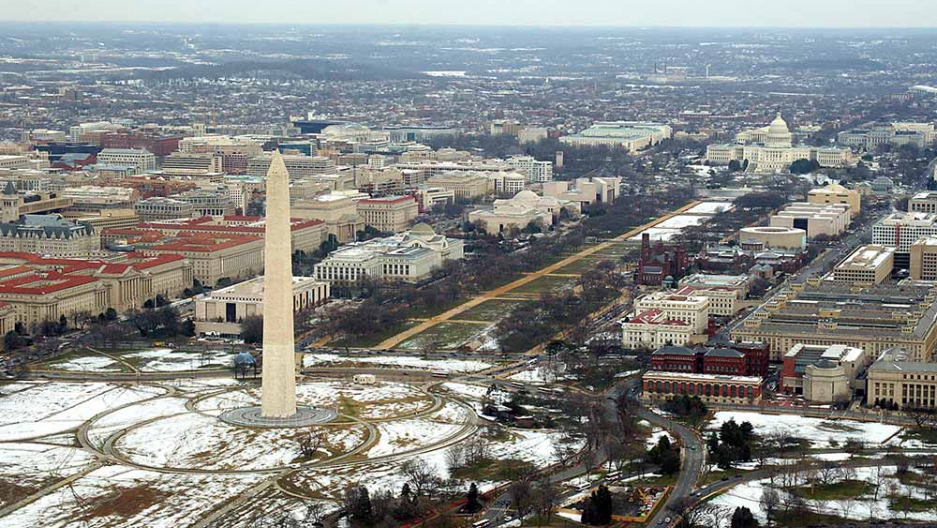 This February 13, 2006 aerial view shows the National Mall looking east from the Washington Monument towards the US Capitol in Washington, DC.
Credit: Karen Bleier
Share

A nearly-forgotten government study of potential damage from a nuclear weapon detonated in central Washington, DC analyzed the potential damage and loss of life caused by a small nuclear device detonation, the Associated Press reported.

The study, which can be read here, suggested that a smaller device that could be deployed by terrorists would not level the city like the multi-megaton bombs feared during the Cold War. But death and destruction would still sweep the city.

The Washington Post wrote that a 10-kiloton bomb detonated at 16 and K Streets NW, the heart of downtown Washington, would level several important landmarks including the White House and some government buildings. In a half mile radius, all people would likely be killed. But 3 miles out, well within the District's borders, the damage would look more like broken windows.

More from GlobalPost: Iran agrees to discuss nuclear bomb allegations with the IAEA

However, depending on the time of year, radiation would drift to different parts of the city, exposing residents to potentially lethal doses.

In another story, the Post said said the business district of the city would nearly disappear, and "at least a third of the municipal tax base would disintegrate in an eye-blink."