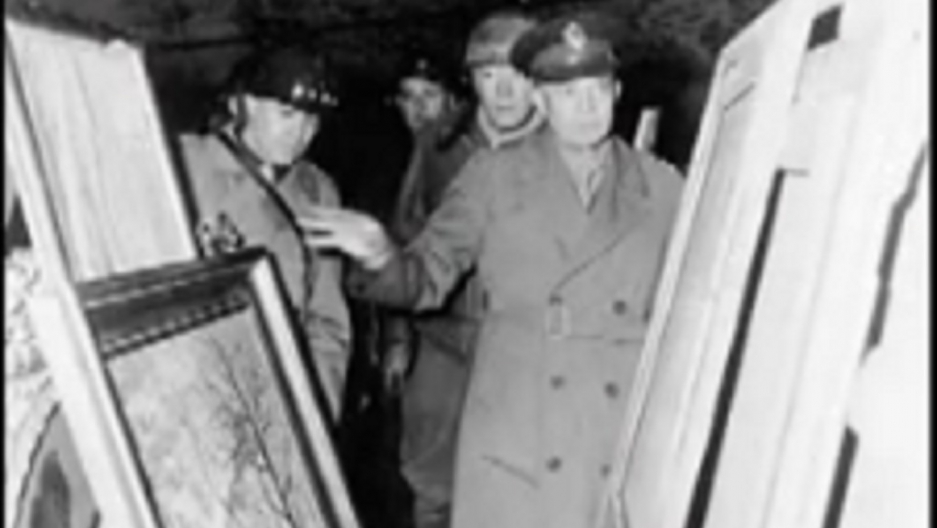 The National Archives already possess 39 other albums of stolen art and furniture. They were discovered by American soldiers in Germany in May 1945 and used as evidence in the Nuremberg trials.
Credit: National Archives
Share

A Dallas-based foundation has handed two albums belonging to Adolf Hitler, which catalog art and furniture stolen by the Nazis during World War II, to the National Archives.

The albums were given to the Monuments Men Foundation for the Preservation of Art by the relatives of two American soldiers who had taken them from Hitler's home in the Bavarian Alps as souvenirs, Associated Press says.

The Foundation's founder and president, Robert M. Edsel, is quoted as saying that the albums were "prized possessions of Adolf Hitler."

US News names the American soldiers as Cpl. Albert Lorenzetti and Pfc. Yerke Zane Larson, and says that the leather-bound books had become family heirlooms, but their original purpose was unknown.

It was only when the albums were donated to the Monuments Men Foundation that their significance was realized, and it was decided that they should be handed over to the National Archives.

The National Archives currently possesses a total of 41 albums, My Fox 9 says.  The 39 others were discovered in Germany in May 1945 and later used as evidence in the Nuremberg trials.

They were compiled by a special Nazi task force called the Einsatzstab Reichsleiter Rosenberg, The New York Times explains, who were charged with documenting objects taken from French museums and private collections for a museum Hitler planned to build in his hometown Linz in Austria.