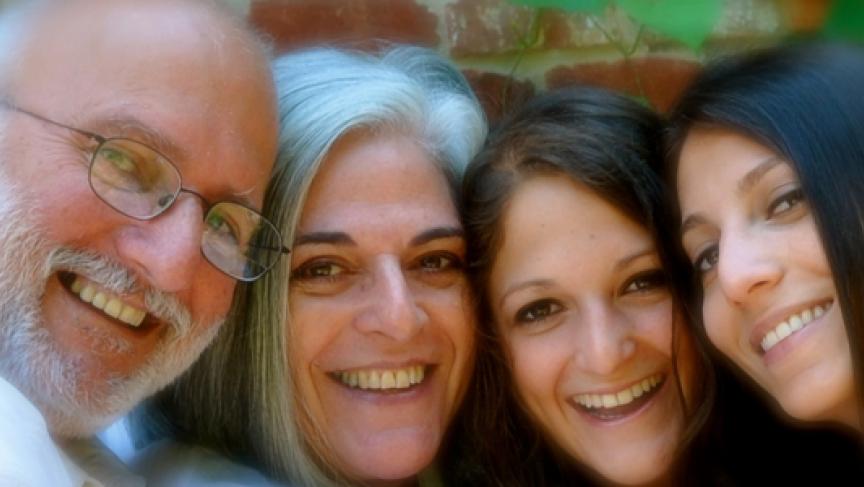 Share
Judy Gross has been through a lot over the past 28 months. Her 27-year-old daughter is battling breast cancer. Her mother-in-law was diagnosed with terminal lung cancer. And her husband of more than 40 years, Alan Gross, was arrested, charged and convicted of espionage in Cuba. "There are some days where I literally drag myself out of bed, put one foot in front of another and go to work," Gross said. "There are other days where I feel very depressed." Since her husband's arrest in 2009, Gross sold her suburban home in Potomac, Maryland, and moved to a small apartment in Washington, DC. She said that her work as the director of a hospital counseling program helps relieve her stress; so do the 15-minute phone calls she receives every Friday from a military hospital outside Havana where her husband is serving a 15-year sentence. The calls are monitored, so the couple has devised ways of transmitting information about efforts to win his freedom. "I keep saying we're working hard, lots of things are happening. He says are there coals in the fire. That's his expression. I say there are lots of coals in the fire, or not so much," she said. Alan Gross went to Cuba on a contract from the U.S. Agency for International Development (USAID). Agency officials were running a $20 million program to expand internet access for Cuba's Jewish community. The contract went through a private company, Development Alternatives Incorporated (DAI), based in Bethesda, MD. Judy Gross said it was a dream job for her husband. "He loves the Cuban people. He loved the country of Cuba. He loved the Jewish community. What could be more perfect for him?" Before going to Cuba, Alan Gross had worked on economic development projects in more than 50 countries, including in the Middle East and in Africa. According to Judy Gross, neither DAI nor the USAID made it clear the kinds of risks her husband faced in Cuba. "Alan would not have gone to Cuba if he thought this would happen. He would have never put his family at risk. He would have never done that." In 2009, Alan Gross made five trips to Cuba, installing wireless hotspots in Jewish synagogues. In a recent investigation, the Associated Press reported that during these visits, Gross brought in satellite communications devices, cell phones, WIFI equipment, and a special encrypted chip to keep transmissions from being monitored from Cuban authorities. These activities are illegal under Cuban law. The AP report also said that Gross told Cuban officials that he was working as a member of a Jewish relief group, rather than on a U.S. government contract. Fulton Armstrong was a staffer on the Senate Foreign Relations Committee, where he investigated Alan Gross's case. "This is a very sincere man who has done good deeds for most of his life. He doesn't speak Spanish. He doesn't have counter-intelligence training, but he was put into a situation where he was doing very clandestine and very covert operations wholly unprepared," said Armstrong, who is now a senior fellow at the American University's Center for Latin American and Latino Studies. During his trial in March 2011, Alan Gross testified that he had been duped by U.S. authorities, and apologized to the court. The Obama administration has since urged Cuban authorities to release Gross as a humanitarian gesture. Gross's family hopes to tie his release to the case of Rene Gonzalez, a Cuban convicted in the U.S. of espionage and currently out on probation in Miami. A U.S. judge has agreed to let Gonzalez visit his brother in Cuba, who is also dying of cancer. But U.S. officials oppose letting Gonzalez go home. Secretary of State Hillary Clinton took a hard line during testimony on Capitol Hill last month. "We have not had any success in our diplomacy. We would like to see Mr. Gross home. But we have made no deals. We have offered no concessions and we don't intend to do so." Since his arrest, Alan Gross has lost more than 100 pounds and suffers from bouts of arthritis. Judy Gross said she's angry the Obama administration isn't doing more to bargain with the Cuban government and get her husband out of jail. "It's pretty strange that they're not doing that. I'm furious that nobody has come to his rescue. He was working on an American, USAID contract." Given the stalemate, Judy Gross and her attorney have turned to the Vatican for help. Pope Benedict XVI arrives in Cuba on Monday, and Gross said that they've been petitioning the Pope to intervene. "We're hoping that the Pope will urge Castro to release Alan on humanitarian grounds. It's not political, it's humanitarian." The Pope and Cuban president Raul Castro are scheduled to meet later this week in Havana.