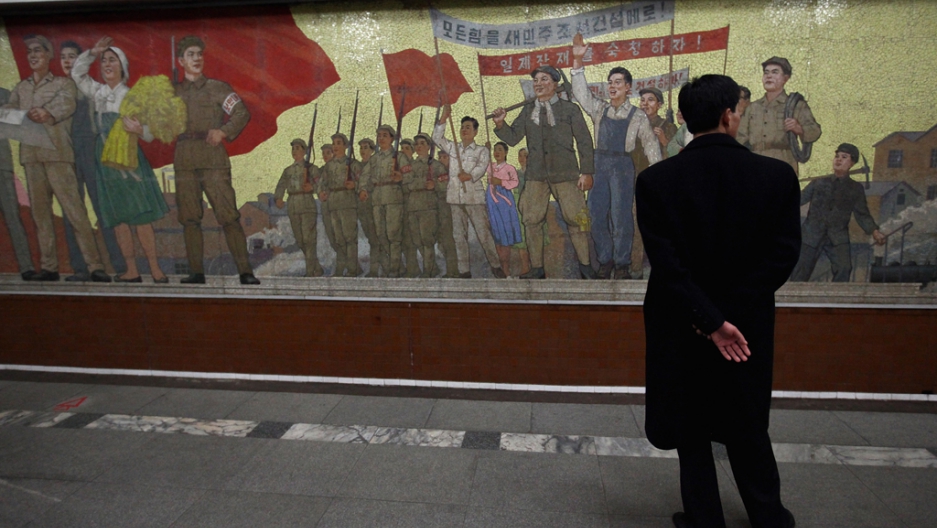 SEOUL, South Korea — There are three children in my family. My father was in the military so we weren't allowed other sources of income. My parents had a hard time supporting all three kids. As we grew older and ate more, we started to run out of food. My mother and father argued, and she fled to China. She told me beforehand, but kept it secret from other members of our family.

I was a middle school student when I first started dreaming of making money, having everything I wanted, and helping my mother live a more comfortable life as soon as I graduated.

But that never happened. Life didn't get easier after I graduated, my mother was no longer there for me and my sister had joined the army. I was looking after my younger brother and my father, as well as doing all the household chores. It was a hopeless situation and I had no idea what to do.

My mother contacted me and asked me if I wanted her to send money to help me get started in a job in the North or if I wanted to give the money to a broker who would help me escape to the South. Without hesitation, I said I wanted to be with her. I left North Korea without telling my father. I followed the broker across the border and spent a short time in China before coming to South Korea via Thailand.

I decided to defect because of the uncertainty over my future. I had no idea how I would make a living for the remaining 40 or 50 years of my life. After I spoke to my mother the decision to defect came easily. My sister recently joined us in South Korea, but my father and younger brother are still in the North.

I miss my close friends in the North and often wonder what they are up to. I was born and raised there and I miss my hometown a lot. But I try not to think about it too much. If you don't let go of the past you lose the strength to live in the present. Life here is already difficult enough ... if I were to dwell on the past I would not be able to go on.

I graduated from high school in North Korea, but there is a huge gap between the education system there and South Korea. I was admitted to the university of my choice and I am studying my preferred subject, nutrition. But I can't keep up with South Korean students unless I study three times harder than they do.

It's a constant struggle. I've even started sleeping less to make more time for my studies. If I keep thinking about the past I will become lazy. My only concern now is to achieve my dreams and think about the future.

I didn't defect because I hated the political system in North Korea. I never got the impression that the North Korean leadership was bad. I guess I was influenced by my father's ideology. He told me that North Korea was a stable society, so I grew up thinking it was a good country to live in. When I first learned about the reality of North Korea after arriving in the South, I couldn't believe it, so it took a while for my opinions about my country to change.

I saw on South Korean news programs that North Korea was a tyrannical dictatorship. I kept asking myself if that could be true. But I thought that if I didn't believe what I was hearing, I was also refusing to trust what I was being told in South Korea. I was very confused for a while. Who should I listen to?

Now that I've been here for a few years, I know for sure that the North's political system is wrong and that I had been deceived all those years.

These days everyone is talking about Kim Jong Un. I hadn't even heard of him when I lived in North Korea. I strongly believe that unification will happen in 10 to 15 years. That's why I am studying hard and why I get involved in human rights campaigns in my spare time. I don't have much evidence for this, but I don't think Kim Jong Un is capable of ruling a country of 23 million people, especially after his rise to power came so quickly.

North Korea will collapse, and when that happens there will be no one left to run the country. Assuming that the two Koreas don't go to war, I believe the North will open up to reform and outside influences. The North Korean people will finally learn about the reality of the North Korea leadership.

I'm studying food and nutrition at university and have a clear idea of where I want to be. Growing up in North Korea, I witnessed malnutrition among children. It damages their brain cells and slows their development. They are shorter than they should be for their age, and are exposed to all sorts of diseases. People even die from tuberculosis because they have no access to medicine.

Knowing all of this, I have a strong desire to improve the food situation for North Koreans after I've gained enough experience. I'm only a freshman and I have to gain a Master's and then a PhD. My dream is to work at a research center, perhaps affiliated with the UN, and develop foods that will improve the health of ordinary North Koreans. In the meantime, I have no choice but to study hard and achieve my goals.

Kwon's name has been changed at her request. This testimony was edited by Justin McCurry.

More from GlobalPost: Next of Kim, in-depth series