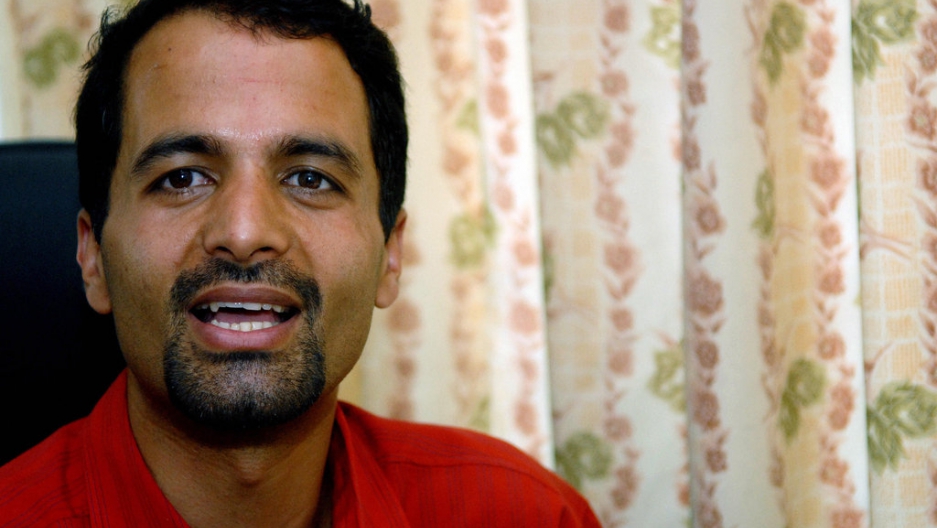 Nepal's first gay politician Sunil Babu Pant talks to an AFP correspondent during a interview in Kathmandu on May 1, 2008. Pant was selected to represent a small communist party in the constituent assembly, a party official said. Pant is the head of the Blue Diamond society, at the time the only gay rights group in Nepal, a largely Hindu, caste-dominated and conservative nation.
Credit: Praksah Mathema
Share

Sometimes neither "male" nor "female" is the correct category.

So argues Nepal's first openly gay parliamentarian Sunil Babu Pant, who is lobbying Facebook to allow users to select a "third gender" or "other" on the social networking site.

"People who do not identify as male or female continue to be sidelined by Facebook’s options," Pant wrote in an email to Facebook co-founder Chris Hughes. "As you allow users to identify only as male or female, many in the LGBTI (lesbian, gay, bisexual, transgender and intersex) community feel as if they are hidden on the site, unable to identify as their true selves."

Described in a GlobalPost feature last November as "a young, maverick politician with dark, wavy hair and a close-trimmed goatee," Pant has been a primary force in pushing the traditionally conservative, largely Hindu country of Nepal to adopt progressive policies. He served as a grassroots activist for 11 years before entering politics as the country transitions from an attempted Maoist revolution to a stable democracy.

He is also remarkably good at getting international attention, hosting an unofficial lesbian wedding last year and now planning an "LGBTI Olympics" scheduled for September or early October. Pant is, after all, also a travel agent.

Gay rights supporters convinced Nepal's Supreme Court to decriminalize homosexuality in 2007 and then ushered in legal protections for sexual minorities. The country's census also allows citizens to count themselves as "other" and Pant indicated that will soon be the norm for all Nepali government record keeping.

"I encourage you to do the same," Pant wrote, "For the sake of respect for gender-variant people around the world who want to socialize, organize, and be a part of your 21st century internet revolution. I encourage Facebook to celebrate diversity."

In another successful endeavor, Pant announced last week the grand opening of Nepal's "first gender-neutral toilet" — paid for out of his Parliamentary Development Fund.

"Toilets and places for praying are simultaneously private and public place, but for those people who don’t identify as male or female, accessing these places might mean that they have to reveal an intimately private aspect of their lives to strangers and authorities and still can be denied access," he said.

Facebook has yet to comment on Pant's inquiry. Competing social media platform Google+ has offered the "other" option since its launch.