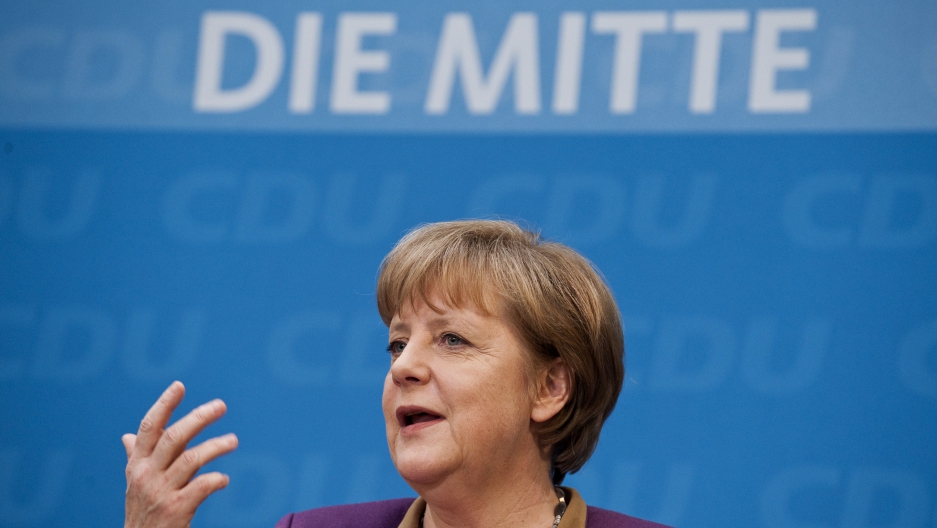 German Chancellor Angela Merkel, for many in Greece nothing she says or does will ever be right.
Credit: JOHN MACDOUGALL
Share

Nothing German Chancellor Angela Merkel says or does will ever satisfy some Greek politicians and their constituents. In a BBC interview today Merkel says, "We have taken the decision to be in a currency union. This is not only a monetary decision, it is a political one. It would be catastrophic if we were to say to one of those who have decided to be with us: 'We no longer want you'."

The political dimension is one that has been too easily overlooked in London and New York. The eurozone crisis was never just about balance sheets, it was a test of political and social will, and it was always likely that the politicians would ultimately find a way to deal with the situation. The weaknesses in the eurozone economy and its governance structures remain and that means there is the possibility of another round in the crisis but the political will for the euro's success is still solid.

That's why Merkel proclaims to the BBC that the euro partners will always support Greece.

So were Greek politicians grateful for this declaration? Not Giorgios Karatzaferis of the right-wing populist party LAOS. Karatzaferis says those negotiating for Greece during the fraught bail-out talks were played by Merkel. “I repeatedly said during the meetings of political leaders that Merkel was bluffing, and she would never let Greece go bankrupt. She would never kick Greece out of the eurozone,” Karatzaferis told eKathimerini. He derided his colleagues for succumbing to Merkel's "blackmail."