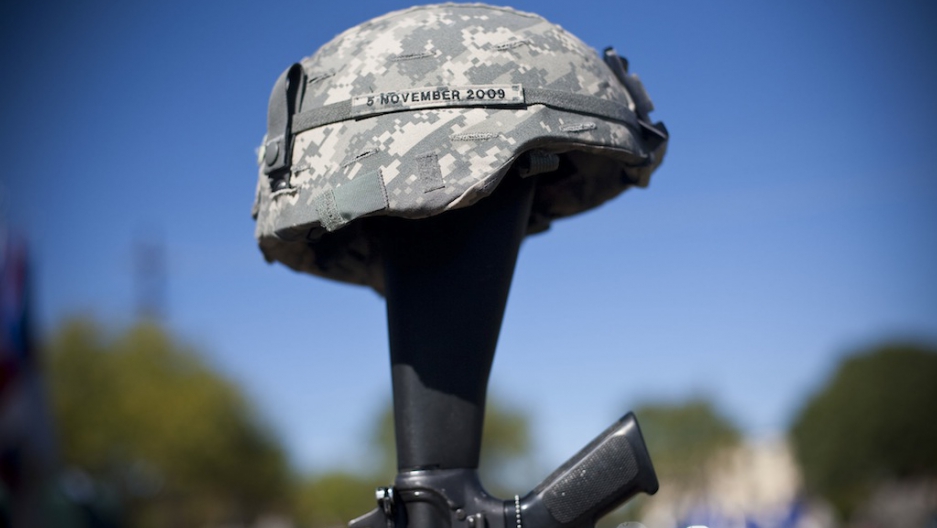 BALTIMORE, Maryland — The cold-blooded killing spree allegedly carried out by Staff Sgt. Robert Bales in Kandahar province during the early dawn hours of March 11 has captured the nation’s attention.

The diagnoses of armchair psychologists and public pundits notwithstanding, the search for clues as to what triggered the incident grows by the day. If emerging commentary on the subject is to be believed, Bales’ violence may be an isolated incident or his massacre may be a complex function of the stresses from multiple deployments to Iraq and Afghanistan, a post-traumatic stress-disorder, complications from a traumatic brain and other battlefield injuries, marital and financial difficulties, and a general frustration at being denied opportunities for promotion.

With Bales in custody, his lawyers stand ready to mount a vigorous defense and serial killer Ted Bundy’s lawyer has agreed to lead the charge. But questions remain and the court of public opinion appears ready to hear a broader case than will be heard in the courtroom.

How could a decorated U.S. soldier slaughter 17 unarmed Afghan civilians, including 9 children, in a display of violence so senseless that it violated virtually every code of war? Is the incident a marker of an American military at the breaking point? Might it be time to close the door on the longest war in American history?

The questions at the center of the emerging discourse on the topic of Bales’ alleged crimes conceal a problem that the U.S. military can deal with more easily than the above questions. The problem of homicidality among U.S. military personnel is a concern with implications for U.S. foreign policy.

Compared with most of the world’s standing armies, the U.S. military is quite advanced in terms of measures for screening and tracking military personnel. The unfortunate rise in the number of soldiers returning from combat who have taken their own lives has led to an increased focus on suicidality in the military. In response to this trend, enhanced measures for tracking depression and post-traumatic stress disorder (PTSD) have been firmly established. But similar protocols have yet to be established to measure and track homicidal tendencies among military personnel. In light of the diplomatic fallout from incidents involving the murder of civilians in combat zones, the consequences for a failure to act on this front are great.

But can anything really be done? A basic assumption of existing screening procedures used to monitor soldiers is that homicidal tendencies are a function of underlying mental illness or a manifestation of depression, PTSD, or possibly traumatic brain injuries (TBI). While this assumption may be correct in some instances, PTSD, clinical depression, and TBIs are simply not adequate proxies for measuring homicidality directly. Neither is frustration or stress. Viewing homicidal tendencies as a complication of other illness leaves the US military vulnerable to those who may be latently homicidal. Military life and engagement in war provides such individuals with a socially acceptable pretext for their violent inclinations and the only way to monitor this problem is to track it directly.

Tracking the risk of violence and homicidality in the US armed services shouldn’t diminish the contributions of the toll taken by war and exposure to conflict. The stresses of combat are many and the difficulties associated with long deployments frequently underappreciated. Extended tours of duty have implications for soldiers’ personal lives and even those who don’t fall victim to direct physical violence often suffer an emotional burden that is difficult to comprehend. The psychological traumas of war and the implications of such stresses on the brain require further study, but tracking military personnel might lead to treatment insights and could help to avoid unnecessary violent incidents with costly diplomatic consequences.

Preliminary screening measures that document existing health conditions prior to service are only an initial step in a more elaborate measurement and tracking system that will ultimately be needed to monitor soldiers exposed to the tolls of war. Checks and balances will be needed to ensure that soldiers that are unable to withstand the demands of their deployments are managed appropriately. Those that are unable to calibrate their violence and those that seem incapable of operating within clearly defined command and control structures due to homicidal or violent inclinations need to be identified early and removed from combat details.

What precisely triggered Bales to don night goggles on March 11 and go door-to-door killing Afghan villagers as they slept may never be known, but the likelihood of future incidents can be decreased through appropriate measurement and monitoring.

As the existing war in Afghanistan drags on, and potentially takes on new fronts, foreign governments and U.S. policymakers alike may choose to hold military leaders accountable for future violent incidents. They may even place the burden of culpability with the military for not tracking homicidal tendencies among their personnel, particularly when so much is at the stake and when assessment instruments are available for tracking risk.

The failure to measure and monitor homicidality among U.S. military personnel increases the likelihood that violent incidents by military personnel will take place again. Proactive measures by the U.S. military to establish tracking mechanisms could potentially alleviate such situations and prevent the type of diplomatic fallout that has occurred in Afghanistan this month.