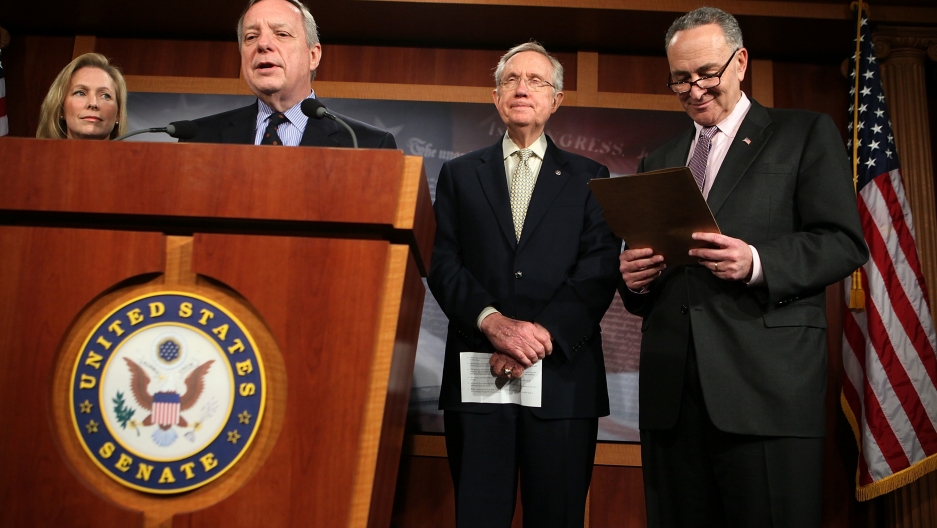 In an appearance on CBS' "Face the Nation," Schumer said "we are going to put on the floor" a proposal that taxes "those at the top pay 30 percent regardless of their deductions."

The GOP recently unveiled a budget proposal that would cut $5.3 trillion over the coming decade through tax reforms and sweeping domestic program cuts.

The Associated Press wrote that the  Republican plan aims to shrink the US deficit by $3.1 trillion over the next decade, reducing tax burdens, slashing Medicaid payments, domestic programs and shifting oversight to states.

Chairman of the House Budget Committee, Rep. Paul Ryan, who is spearheading the plan, said Sunday he envisions a simpler, flat tax. His GOP proposal would turn the "current six-bracket system into a two-bracket system for individuals -- one rate at 10 percent, the other at 25 percent," Fox News wrote.

Billionaire Warren Buffett has called for higher taxes on the wealthiest Americans, including himself, with a minimum 30 percent tax rate for anyone making more than $1 million per year. Currently, most investment income from capital gains and dividends is typically taxed up to 15 percent.