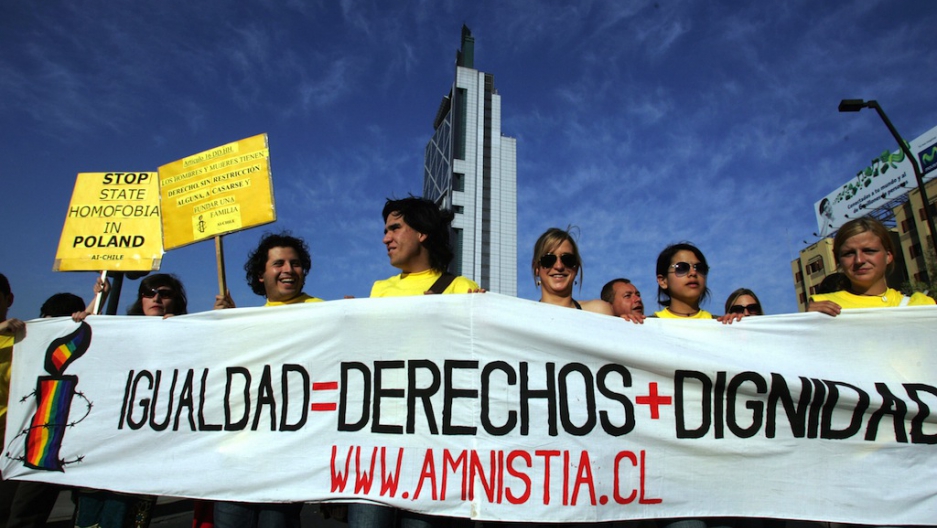 Judge Karen Atala, 48, has won a custody case against the Chilean Supreme Court which had taken away her three daughters in 2004, saying her sexuality put their development "at risk," according to Pink News. The courts had ruled that the girls were in a “position of risk” and could become “objects of social discrimination” and have hindered “psychic development” by living with the judge and her female partner. Custody was given to their father, also a judge.

The Inter-American Court of Human Rights (IACHR), a judicial entity of the Organization of American States, ruled that Chile must pay $50,000 in damages to Atala, in addition to $12,000 in court costs, reported The New York Times. The Santiago Times also reported that Atala herself will receive $20,000 for her suffering as a result of the experience, and $10,000 for medical and psychological expenses. Her children will each receive $10,000 for "intangible damages."

The landmark February ruling was made public on Wednesday in Chile, with Atala's lawyer, Jorge Contesse, calling the decision "historic" for Chile's legal system, according to The New York Times.

The IACHR's ruling found the Chilean Supreme Court in violation of several principles when it removed the three girls from Atala's home, reported UPI. These principles include the rights to equality and non-discrimination, the right to privacy, the right to the protection of honor, and the right of children to be heard, among others, according to The Santiago Times.

Contesse, also ex-director of the Center of Human Rights for the Universidad de Diego Portales, told UPI that the 2004 ruling had done untold damage to the family.

"The claim of Karen Atala as a wife, mother, and lesbian and the legitimacy of her right to all of those roles in life was fractured by a court decision in 2004. Her and her family’s lives were never the same. Today, this damage, irreparable as it is, has to some extent been offset," Contesse said to The Santiago Times.

Justice Minister Teodoro Ribera said to The New York Times that the Chilean courts had acted to protect the "superior interests of the children involved," but he also said Chile would respect the ruling.

According to UPI, Atala's three daughters will return home to live with her and her partner, historian Emma de Ramon.