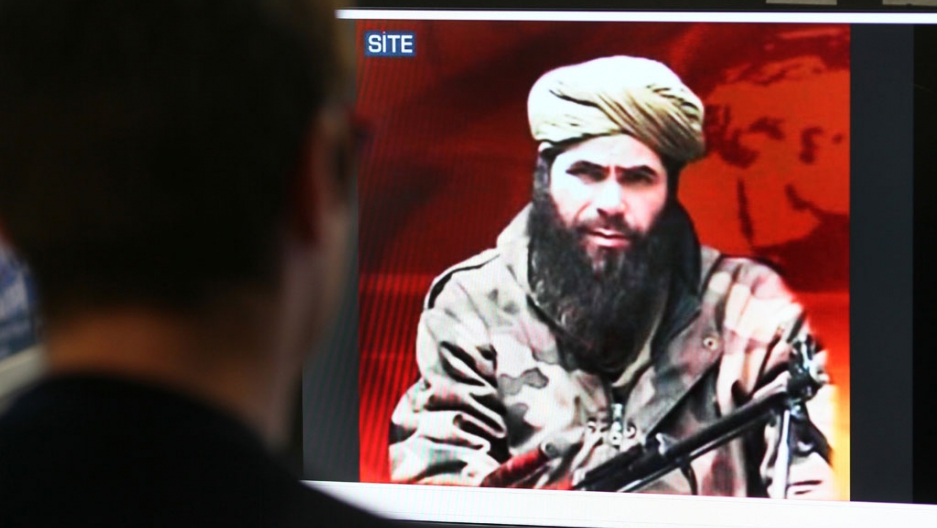 A man looks at a picture of Abdelmalek Droukdel, aka Abou Moussab Abdelwadoud, leader of Al-Qaeda in the Islamic Maghreb (AQIM). The group claimed to have kidnapped a German engineer working in Nigeria.
Credit: THOMAS COEX
Share

An Al Qaeda group operating in Nigeria claimed responsibility today for the kidnapping of a German man earlier this year in Nigeria, Reuters reported.

Al Qaeda in the Islamic Maghreb (AQIM) said it would release Edgar Fritz Raupach in exchange for a Muslim woman jailed in Germany.

“We demand that you release the sister Umm Saifullah al-Ansariya from prison and compensate her financially for the damages she faced due to your injustices,” a video from AQIM said. “And in exchange for that we will release your citizen.”

The German government confirmed a citizen was kidnapped in January, and Bilfinger Berger executives said Raupach worked for the construction company.

The AQIM video said Raupach’s “parents, friends and German public opinion” could save him and “bring an end to the torture of our Muslim sister.”

Reuters said a German court sentenced Gelowicz to 2 ½ years in prison for aiding a terrorist group plotting against US targets in Germany.

The kidnapping worries some security experts, The Associated Press reported.

Nigeria is traditional territory of the Islamic militant group Boko Haram, which is responsible for multiple attacks on prisons and police stations in Nigeria.

Martin Ewi of the South African Institute for Security Studies said he believes AQIM and Boko Haram are working in conjunction.

“I don't think AQIM kidnapped the German citizen, I think they did it through Boko Haram,” he told the AP. “The relationship is a give and take. They have trained Boko Haram militants ... (in) bomb making and suicide terrorism, so they have to give back something.”