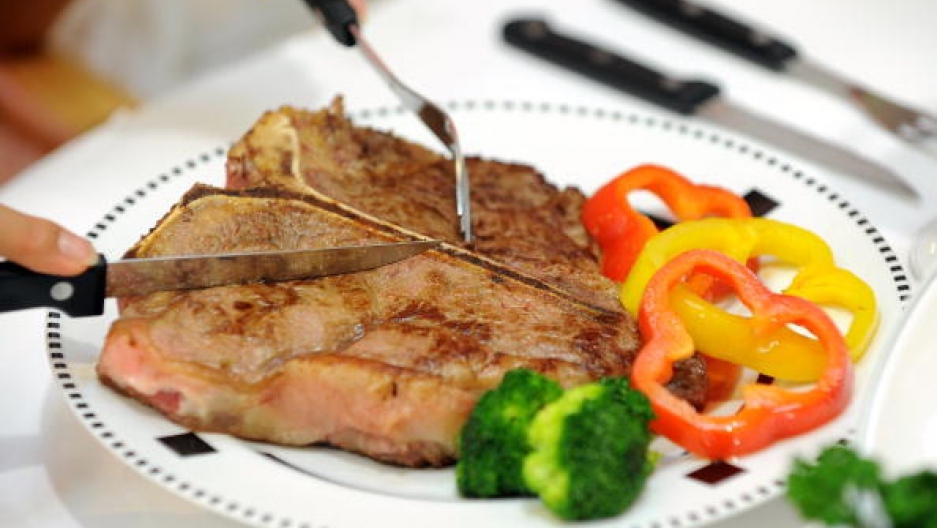 A picture of a steak branded with the slogan “Tofu is gay meat" was never used.

But it still created an outrage.

The advertising campaign was developed for the Maredo Steakhouse chain by writers at German ad house Scholz & Friends – but despite winning a prize back in 2009 it was considered so offensive it was never used, writes The Local.

Now, almost three years later, someone dug it up from the archives of the Art Directors Club website and passed it around various social networks, where it was met with outrage and passed on, acquiring the Twitter hashtag tofuschwuchtel or “fag tofu.”

Maredo was forced to launch a damage limitation operation and issued a statement distancing itself from the campaign, stressing that Scholz & Friends had approached them asking to use the idea of advertising for a steakhouse in a competition.

Maredo executives had never even seen the images that resulted, the firm said.

A spokesman for Scholz & Friends told Der Spiegel that the firm apologized and was doing what it could to remove the image from the internet.

Referring to the image, the agency said, “We would not do that today, and regret that the feelings of homosexual people were hurt.”

There is also a second slogan in the campaign, also shown branded onto a steak: “If one should not eat animals, why are they made of meat?”

Which reminds me: Do you know the name of the world's shortest book?

It's called "The Very Best of German Humor."

(Disclaimer: I hereby regret if the feelings of German people were hurt by this insensitive joke.)