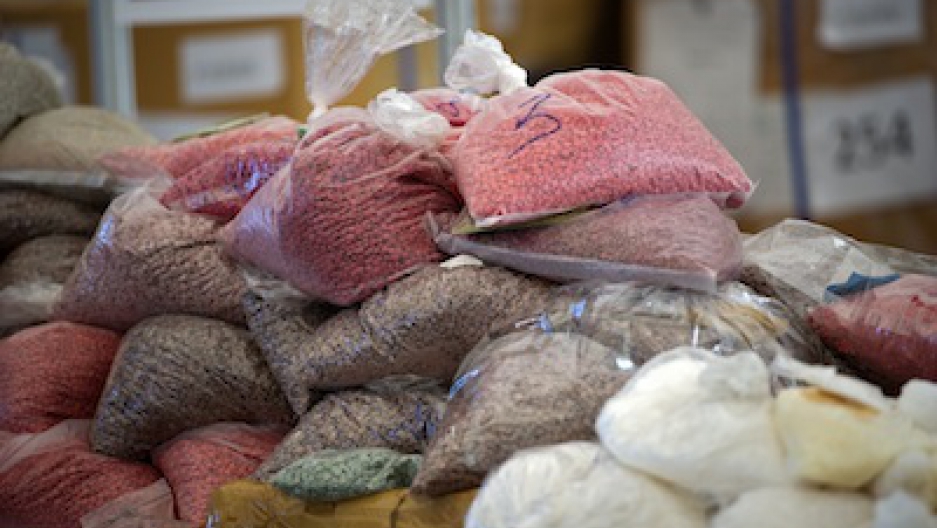 At a press conference displaying a huge meth seizure, while sitting beside the alleged trafficker, Thailand's deputy prime minister offered this stark warning to drug syndicates.

"If drug suspects face the death penalty," Chalerm Yoobamrung said, according to the Bangkok Post, "I'll change the law so that they will be executed within 15 days. Otherwise, they will go to jail, run amok and work with other criminals again."

Just 15 days? Would he eliminate the appeals process? Accused drug dealers will still get trials, right?

It's probably pointless to dissect this tough-on-crime rhetoric. But it does signal that, as Thailand faces renewed fears of rampant drug abuse, some powerful figures feel the best medicine is a populist crush-the-dealers campaign.

Thailand's street drug of choice – meth, often supplied from lawless swaths of neighboring Myanmar – is a particularly nasty substance. Far from the dreamy high of Southeast Asia's traditional fix, opium, cheap meth can turn users into desperate and violent people. Families who've witnessed its destructive powers are likely inclined to hate the drug and wish the worst upon dealers.

But Thailand's last "war on drugs" in 2003 was messy. It was heavily criticized for giving cops too much authority to conduct extrajudicial killings. Today's rhetoric recalls past hardline ultimatums, such as this interior minister's 2003 statment recorded in the Human Rights Watch report "Not Enough Graves."

"They will be put behind bars or even vanish without a trace. Who cares? They are destroying our country."

Thailand's prime minister has initiated what the Bangkok Post calls a "gentler" war on drugs. The country's narcotics police have been on a tear lately, seizing millions upon millions of dollars worth of meth.

But whether this so-called "war" will be politically popular depends on one question.

What do Thais fear more: the scourge of meth or the potential for another bloody campaign that spirals out of hand?