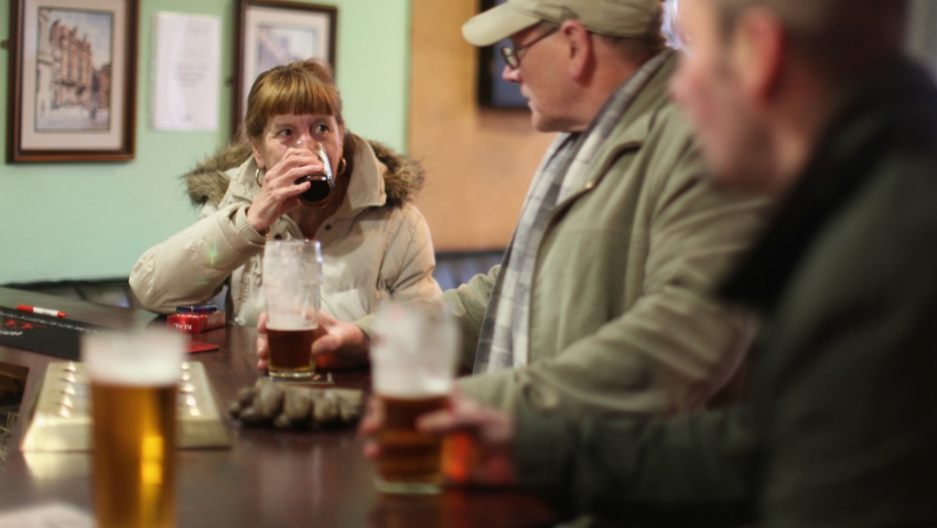 A hard drinking, hard smoking people, with a shockingly low life expectancy: that's the medical view of the Scots. Now Scotland will be the site of a major trial of a new early cancer detection test.
Credit: Jeff J Mitchell
Share

The bad health habits of the Scots has provided fodder for articles for decades. They are portrayed as a nation that drinks too much, eats too much fried food and collectively smoke like chimneys.

It is, of course, not true. But those who grow up in deprived areas of Scotland do fit the stereotype. Their life expectancy is shockingly low for a western country: 57.5 years for men and 61.9 years for women.

One of the reasons is smoking. Scotland, as this BBC article points out, has one of the highest rates of lung cancer in the world. Fewer than 9 percent with the disease manage to live five years after the first diagnosis.

That makes the country the perfect place for a trial of a new early screening blood test that promises to detect the disease before tumors start to form.  The test identifies antibodies that indicate proteins present in the blood that lead to tumors.

10,000 people who have smoked at least a pack a day for 20 years will be given the blood test, developed at Britain's Nottingham University by its subsidiary Oncimmune (scientific details here).

The hope is that early cancer detection will be increased by 25 percent. First results are expected in 2014.