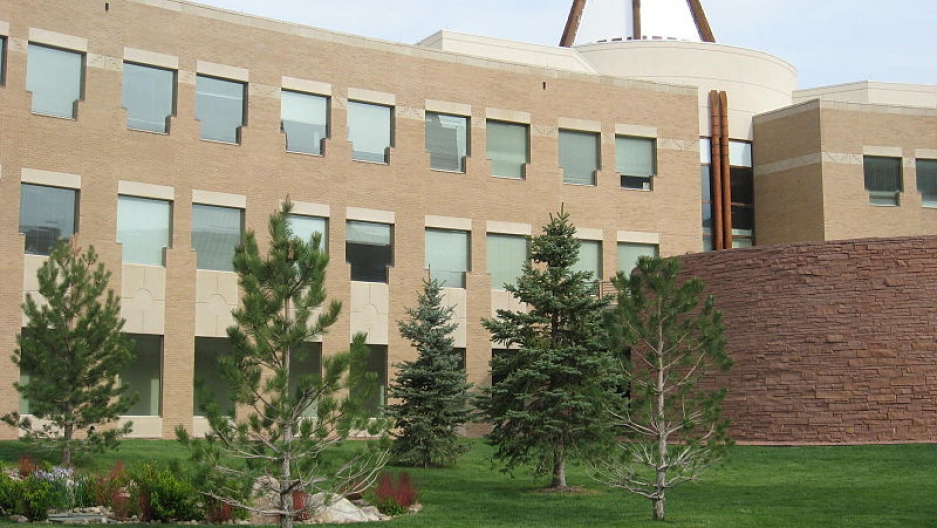 The Nighthorse Campbell Native Health Building in Aurora, Colo., is part of the Centers for American Indian and Alaska Native Health. (Photo by Bobfreshwater via Wikimedia Commons, cc-by-sa.)

The report also criticized the Indian Health Service for not implementing standard policies and protocols for dealing with sexual assault and rape despite being required to do so by the Tribal Law and Order Act.

The co-author of the report, Charon Asetoyer, executive director of the Native American Women’s Health Education Resource Center, said it's difficult to say why there are such problems, though she points, generally, to a lack of oversight.

"What we're looking at is trying to upgrade the services so that women can get the kind of care that is absolutely necessary, especially after a sexual assault," she said. "We're looking at trying to make Plan B emergency contraceptive accessible over the counter."

Research found that nearly one in three Native American women will be raped in her lifetime. But on most reservations, Plan B is only available with a doctor's prescription — and often getting to see the doctor can be a time-consuming process.

Asetoyer also pointed out that many emergency rooms on reservations are closed over the weekend, which means if there's a crisis on a Friday night, it could be Monday afternoon before a woman can get Plan B.

"Effectiveness diminishes with time," she said.