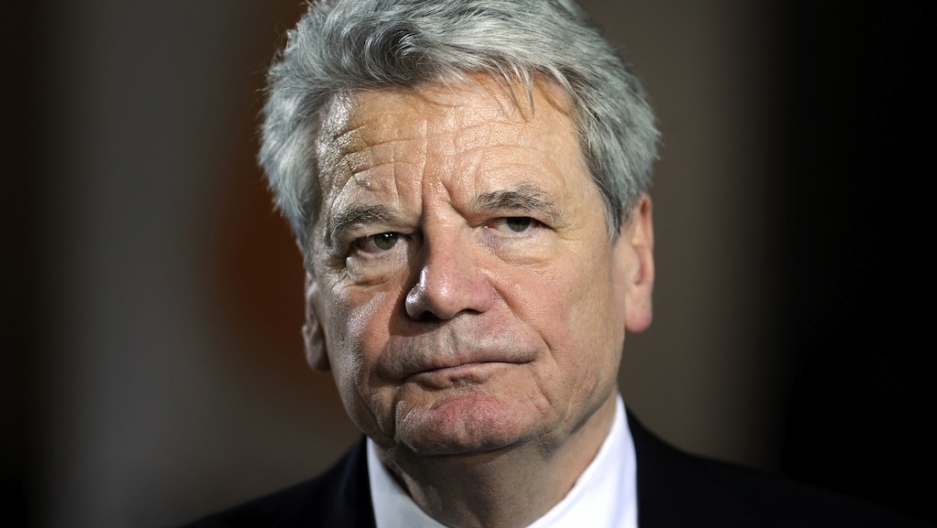 German President Joachim Gauck is seen after being elected in the German lower house of parliament Bundesta in Berlin on March 18, 2012. Gauck, 72, claimed 991 votes out of 1,232 from a special assembly of MPs and other dignitaries, parliamentary speaker Norbert Lammert said, against prominent Nazi hunter Beate Klarsfeld, 73, who was nominated as a protest candidate by the far-left party Die Linke.
Credit: ODD ANDERSEN
Share

BERLIN, Germany — Joachim Gauck was sworn in this morning as the new president of Germany.

The 72-year-old pastor and former anti-communist activist took the oath of office at a joint session of both houses of the German parliament, the Frankfurter Allgemeine newspaper reported.

In his inauguration speech, he reaffirmed Germany's ties to Europe, pledged to promote multiculturalism, and denounced all forms of extremism.

"We stand by this country, not because it is perfect, but because we have never seen it better," Gauck said.

Acknowledging that the euro-zone crisis has driven some to question the strength of the European Union, he urged Germany to "keep saying yes to Europe."

"Especially in times of crisis, we should to dare to have more Europe."

He set out his vision for a society in which "social justice, participation and opportunities" were available to all, regardless of their nationality or background – and addressed a message to those who would have it otherwise.

"To the right-wing extremists who hate democracy we say clearly: your hatred will spur us on. [...] You will become past but our democracy will live on." Germany would also stand up to those who, "under the guise of religion, bring fanaticism and terror into our country," Gauck said.

His speech was repeatedly interrupted by applause from lawmakers, according to the Berliner Morgenpost.

Gauck, who is sometimes described as "the German Nelson Mandela" for his fight against Communist rule in former East Germany, is seen as bringing integrity to the – chiefly symbolic – office of president.

According to the International Herald Tribune's Melissa Eddy:

"In the many articles written about Mr. Gauck since his nomination, the words 'integrity' and 'moral authority' appear almost as frequently in describing him, as do 'democracy' and 'responsibility' — social forces that he has long championed."