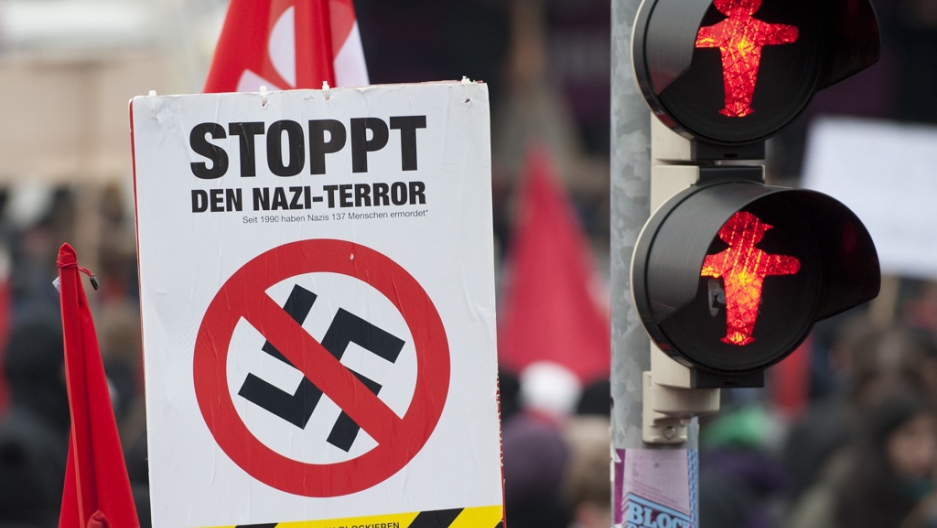 Demonstrations against neo-Nazis in Germany are important but quantifying the problem of extremism - in all its manifestations - is even more important.
Credit: ROBERT MICHAEL
Share

Mohammed Merah is dead. In France, in the press and in private, there will be much discussion about how many French Muslims share his extremist world view.

But think back to Monday, when the police said they were investigating the Toulouse murders on a twin track, looking for either a neo-Nazi or jihadi. Suppose the murderer had been inspired by Anders Breivik, the same question would be asked: how many Frenchmen share this extremist world view.

Either way it would all be speculation. There is very little hard data on how many Europeans have extremist views - other than votes for political parties that are considered extremist - and let's face it, once a group is involved in electoral politics it is a little less extreme than those who contemplate murder as a political act

Deutsche Welle, Germany's international broadcast organization, has been running a very interesting series of articles about Germany's neo-Nazi groups. What is missing is a clear statistical measure of how many people belong to far-right groups.

This article details the debate in Germany about establishing a national database tracking far-right extremists.

This article profiles Claudia Hempel, author of "When Children Drift into the Far Right," (English translation of title, book is only available in German). it is fascinating, but again contains no hard data on how many youngsters in Germany are getting involved with neo-Nazi groups.

Until such databases exist - with clear definitions of what is meant by Jihadism or neo-Nazism or neo-Fascism - then all conversations about the subject will be speculative, and effective measures to combat extremism will not be found.