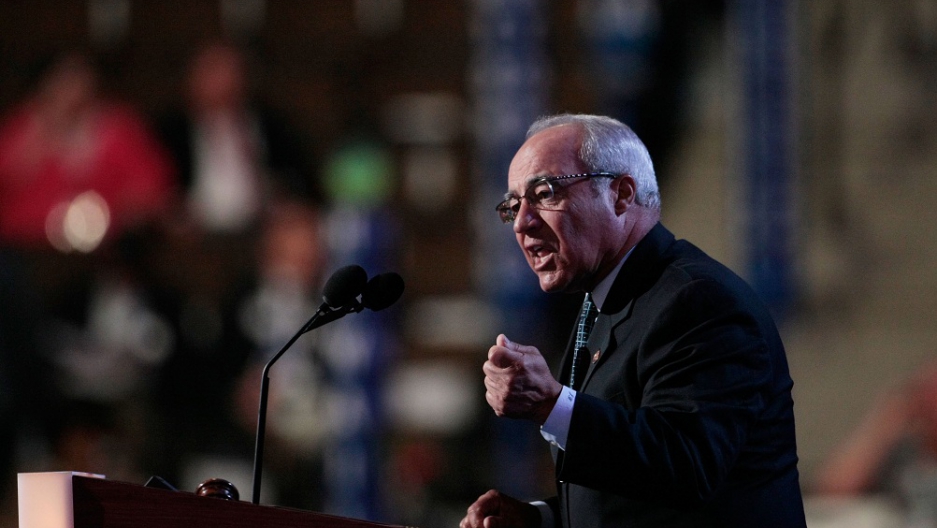 Joe Baca (D-CA) addresses the gathered delegates during day one of the Democratic National Convention (DNC) at the Pepsi Center August 25, 2008 in Denver, Colorado. The DNC, where U.S. Sen. Barack Obama (D-IL) will be officially nominated as the Democratic candidate for U.S. president, starts today and finishes August 28th.
Credit: Win McNamee
Share

In the third chapter of his anti-gaming crusade, Congressman Joe Baca of California introduced a new bill, called the "Violence in Video Games Labelling Act," this week that would require video games to have warning labels.

Baca has been fighting for video games to be slapped with health warnings ever since his first attempt to introduce such legislation back in 2009. He tried it again in 2011, again citing research that kids playing video games are more likely to act violently in their daily lives.

Now he is trying for a third time.

Baca wants a warning label printed on video games that would state, “WARNING: Exposure to violent video games has been linked to aggressive behavior."

While research has yet to establish a direct link between playing violent video games and violent behavior, Baca soldiers on.

“The video game industry has a responsibility to parents, families, and to consumers — to inform them of the potentially damaging content that is often found in their products. They have repeatedly failed to live up to this responsibility. Meanwhile research continues to show that playing violent video games is a casual risk factor for a host of detrimental effects in both the short- and long-term, including increasing the likelihood of physically aggressive behavior. American families deserve to know the truth about these potentially dangerous products,” Baca said in a press release on his website.

More from GlobalPost: Does "Call of Duty" violate human rights?

If Baca’s legislation were to pass, games of all ratings would be printed with the warning label, even games rated “E” (everyone) with content geared toward small children. No exceptions are made for even the most harmless, irrelevant games.

In spite of what inconclusive research he cites, not a single child psychiatrist has ever claimed that forcing an Italian plumber to jump on the heads of sinister turtles while riding a cute baby dinosaur has been linked to violent behavior.