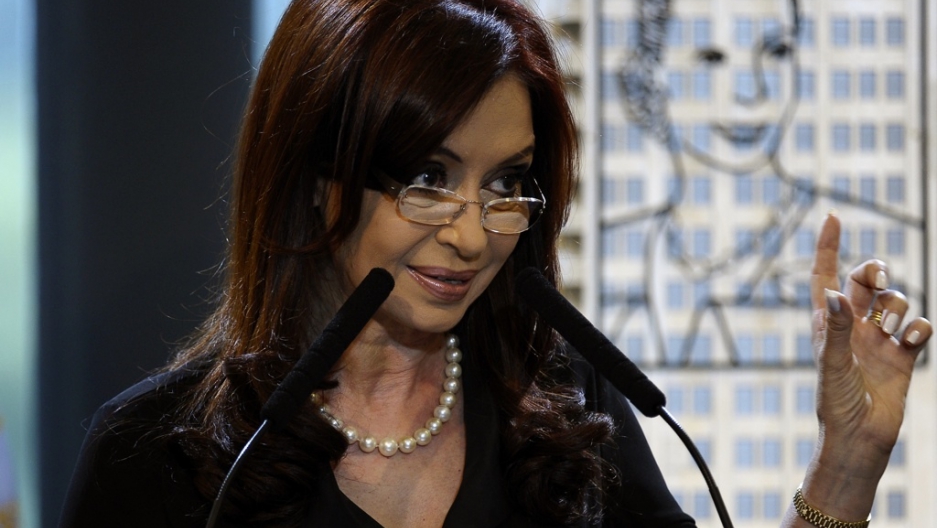 LIMA, Peru — If Argentina’s recent history proves one thing, it is that strong growth offers no immunity from withering criticism of a government’s economic policies.

Latin America’s third largest economy has now expanded by between 6.8 percent and 9.1 percent for each of the last 10 years, with the sole exception of 2009, when the global financial crisis reduced growth to a little less than 1 percent.

It is a far cry from the 1999 to 2002 national disaster that saw devaluation, millions of Argentines plummet out of the middle class, soaring unemployment, the world’s largest-ever debt default and deadly riots.

But rebounding from that historic low, Argentina had recouped most of the lost ground by the mid-2000s, and has not looked back since.

That performance has been rooted in high commodity prices for its agricultural exports, a competitive exchange rate, a trade surplus and fiscal discipline, says Andres Lopez, head of the economics department at Buenos Aires University.

Yet the policies of President Cristina Fernandez de Kirchner and her late husband Nestor Kirchner, who was president from 2003 to 2007, continue to come under fire from everyone from the International Monetary Fund to the otherwise sympathetic fellow leftist governments of Argentina’s closest neighbors.

The charges include rampant inflation, protectionism — a mortal sin in today’s age of globalization — and the Fernandez government’s use of official statistics that most independent observers simply do not believe.

Officially, Argentine inflation is 9.7 percent, yet many independent economists put it in the low 20s.

The government has responded furiously to such allegations, even fining some analysts for publishing altertnative figures. That, in turn, has prompted accusations from the American Statistical Association, among others, that the Fernandez administration is intimidating dissenting voices.

The discrepancy has also triggered warnings from the IMF regarding the “quality” of Argentina’s official inflation numbers.

“There’s no doubt that the official inflation statistics are underestimated,” Lopez told GlobalPost.

More from GlobalPost: Has Israel dodged the regional crisis?

The inflation is hardly surprising given the devaluation and subsequent expansionary monetary policies adopted by the Kirchner government to kick-start growth from the economic quagmire at the turn of the millennium.

Those policies have been accompanied by increased tariffs on imports, including even those from Mercosur, the South American trading bloc, prompting complaints from fellow Mercosur members Brazil, Paraguay and Uruguay.

Uruguay’s vice president, Danilo Astori, has accused Argentina of protectionism and even warned that its use of tariffs could spell the end of Mercosur.

It also makes imports more competitive in Argentina’s domestic markets, which explains the government’s tariff hikes on foreign goods. Yet despite the problems, Fernandez, who was re-elected by a landslide last October, remains highly popular.

Although Argentines remain scarred by past bouts of hyperinflation, their greatest fear may be a return to mass unemployment. When Nestor Kirchner took office in 2003, unemployment stood at around 21 percent. It is now just under 7 percent.

They also remain grateful to the Kirchner-led Peronist party’s firm stance as it renegotiated the huge national debt of $190 billion down to $126 billion in 2005. “I don’t think there is an economist in Argentina who doesn’t believe the renegotiation of the debt has been very successful,” said Buenos Aires University’s Lopez.

More from GlobalPost: 3D printing - Your body parts made to order

Those negotiations saw Argentina directly confront the IMF in a high-profile ideological row that pitted Kirchner’s Keynesian doctrine of heavy state intervention in the economy with the IMF’s preferred free-market approach.

The relationship has never really recovered. An IMF official confirmed to GlobalPost that the fund is closing its Buenos Aires office for “budgetary reasons,” although it will continue its “close dialogue” with the Argentine government.

Now, as public workers clamor for pay raises of 20 percent, the fear is that Argentina’s period of rapid growth may be coming to an end, fueled in part by one of the world’s highest inflation rates, whatever the official statistics claim.

Many Argentines hope the landing will be gentle — and will not mark a return to the boom-and-bust cycles that saw Argentina, bloated on exports of beef and wool, become one of the richest countries in the world in the early 1900s, only to end the century in economic disarray.